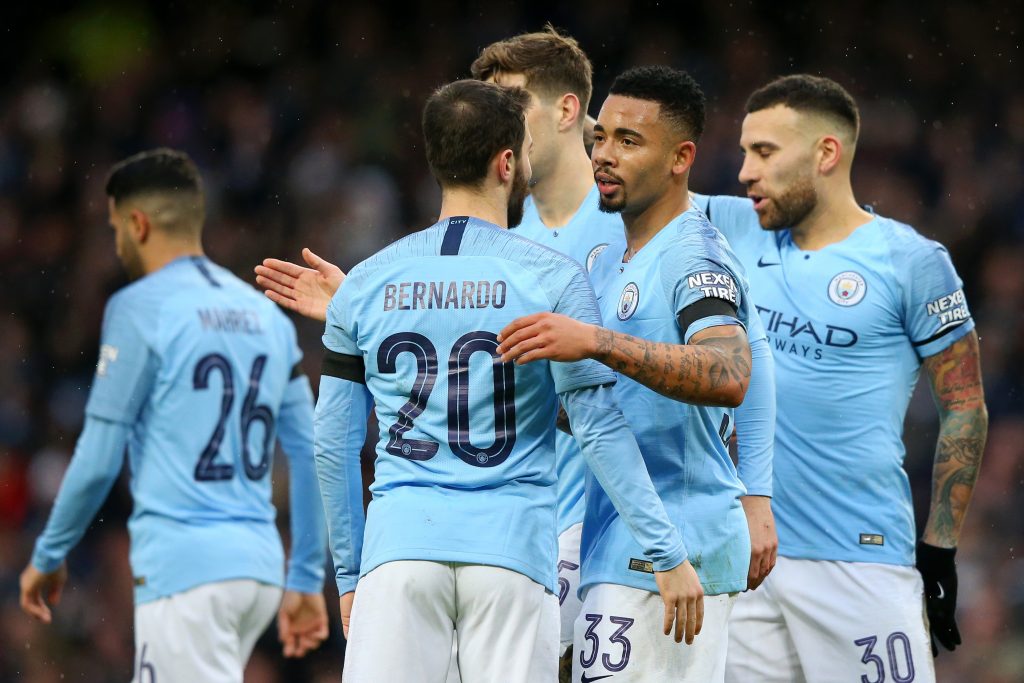 Manchester City pursuit for unparalleled quadruple continues as they face League two side Newport County. The fifth round clash between the two will be held at Rodney Parade.

If we look at the English League ladder, Manchester City will be locking horns with a team lying 82 places behind them.

While City have another chance of producing a giant-killing to a lower-ranked side, the darkhorses, Newport County will be eyeing a daunting prospect of producing the biggest upset of City’s 2019 campaign.

Newport City still possess a glimmer of hope having won the FA Cup ties against big teams like Middlesborough and Leicester City. Apart from that, they did also cause an setback last year when they mastered over Tottenham Hotspur.

The closing month of the season are nearing which means Guardiola will be reluctant in playing his in form players of the pack, Sergio Aguero, Fernandinho and Raheem Sterling.

With these three warming the bench, the young guns like Gabriel Jesus, Riyad Mahrez and Leroy Sane will be the ones lining up on the pitch. The youngster Phil Foden and Eric Gracia who have give no chances of complaints to Guardiola can also feature amongst the XI.

Benjamin Mendy is still a big doubt as he continues to serve his never-ending knee injury.

As for the hosts, Mark O’brien and Joss Labadie are expected to return back in playing XI after resting on Tuesday night. Newport’s ace Andrew Crofts still remains an absentee.

Newport County who recently came back to playing football five-and-a-half-year back, have only faced City three times. The last of competitive exhibition between the two being held in 1962.

No surprises in who the winner would have been, with City rampaging through in all those games, scoring 10 and conceding only 2.

If Newport are able to stop the visitors for anything less than 5, it will be no less than a win.