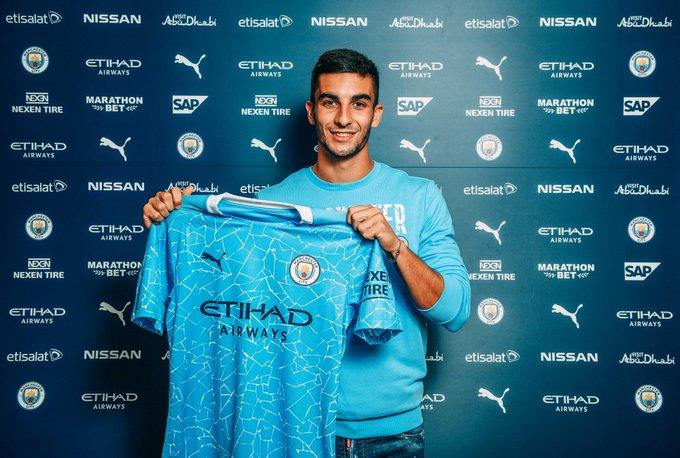 Manchester City have announced highly anticipated arrival of Ferran Torres from Valencia (subject to international clearance), with the 20-year-old penning a five year deal at the Etihad – tying him with the Blues until the summer of 2025.

Ferran Torres speaking with club’s official website: “I am so happy to be joining City. Every player wants to be involved in attacking teams and Manchester City are one of the most attacking in world football.

“Pep encourages a really open, aggressive style, which I love, and he is a manager with a proven track record of improving players. To have him overseeing my development is a dream.

“City have won plenty of trophies in the last 10 years and I hope I can play a role in continuing that success.”

City’s Director of Football Txiki Begiristain added: “We have followed Ferran’s progress closely and have been very impressed. He is young and still developing, but his technical qualities are exactly what we are looking for in a winger. He is quick, direct, can create space with one movement and is capable of producing match-winning moments.

“I feel this is the perfect place for him to develop and with Pep in charge he can take his game to the next level.”

City have agreed a £24.5 million fee plus adds-on with Valencia in a deal that will see the 20-year-old sign a five-year contract at the Etihad Stadium. Torres is likely to be viewed as a direct replacement for Leroy Sane, with the German forward on his way to Bayern Munich after refusing to sign a new contract with City.

While loving to drive forward with ball, Torres is also capable to drop deep and participate in build-ups. With Valencia, we have seen him starting out wide on the flank and while measuring the distance with right-back – he starts carrying the ball inside to not only open space on the flans but also explore offensive options through middle. Ferran is aggressive with ball at his feet, loves being the protagonist to each attacking bows. Pep Guardiola could just be the perfect mentor for Ferran and vice-versa.