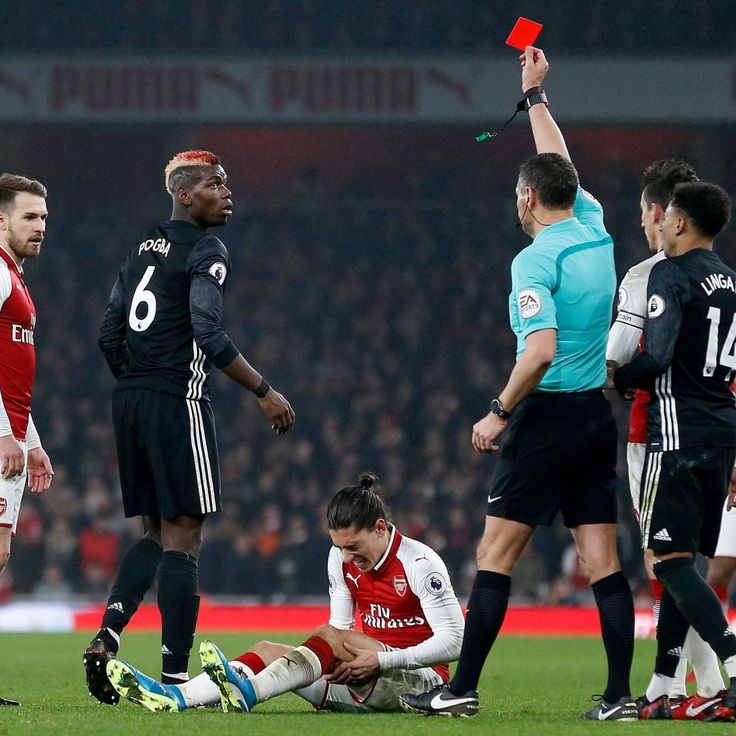 With the 3-1 defeat against Manchester United, Arsenal’s 12 game unbeaten streak at Emirates in the Premier League had ended.

Man United star Paul Pogba will miss the Manchester Derby after being sent off by referee Andre Marriner at 74th minute of the match against Arsenal.

The French star was outstanding on the pitch creating Jesse Lingard’s second goal with a sublime piece of play.

Jose Mourinho on Paul Pogba’s sending off : “I just know Paul is frustrated and a bit disappointed with his colleague [Laurent] Koscielny for his reaction.

“But Paul was very frustrated. Everybody knows he is a clean player and it was not his intention, not at all, to be close to a red card. I’ve not seen a TV replay so I don’t know. 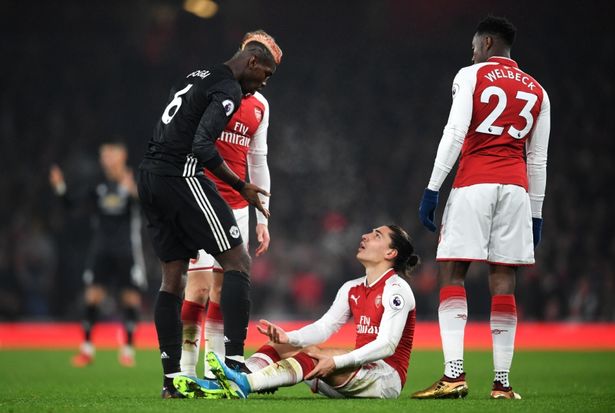 Speaking to MUTV, former United manager Ron Atkinson said, “It didn’t look vindictive. It’s 100 miles per hour and there can be accidents like that but I suppose the referee will say, by the letter of the law, he was left with no option. But it was a very, very unfortunate incident that wasn’t intentional.”

Meanwhile, Michael Carrick and Marouane Fellaini are sidelined through injury and with Paul Pogba set to receive three-match suspension leaving Manchester United Boss to find a solution to fill the void against their bitter rivals.

Pep Guardiola boys will travel Old Trafford next Sunday for the huge clash.