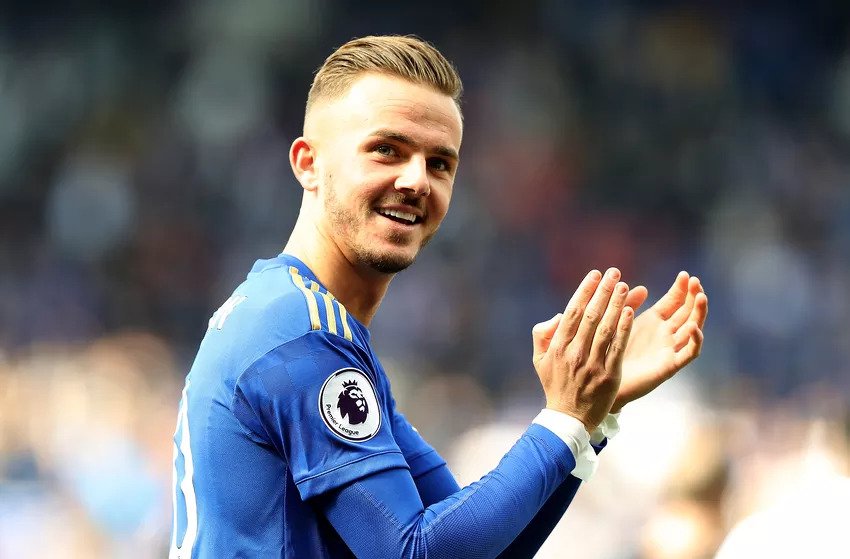 Manchester City boss Pep Guardiola has stated that he is very impressed by Leicester City playmaker James Maddison, hinting that he would want the club to pursue a move for the English playmaker.

The Blue half of Manchester became the first team in history to win all three domestic titles this season as they completed a swoop of the Premier League. League Cup and FA Cup as well. The target for Pep Guardiola’s men was the quadruple, which included the Champions League title but they came short against Tottenham Hotspur in the quarterfinals of the tournament.

Liverpool gave Manchester City a real good push for the title as they finished just one point behind the leaders but City will still look to strengthen their already incredible squad in the summer transfer window.

With David Silva entering his twilight years, Manchester City will have to look for a suitable replacement for the Spanish veteran the English champions could be targeting Leicester City playmaker James Maddison.

The English U-21 international has excelled immensely in his debut season in the Premier League with the Foxes as he scored seven goals and assisted seven more in 36 appearances with Leicester City becoming one of the hottest properties in continental football.

Maddison has already received plenty of praise and plaudits from fans and pundits but after the recent 1-0 loss to Manchester City in the latter stages of the Premier League campaign, the 22-year old received words of approval from Pep Guardiola as well.

Speaking after the Leicester game, the 48-year-old Spanish boss said, “They’re so dangerous, Maddison is an incredible player, Tielemans too. They want to play. I just didn’t expect them to defend so deep. It was tough to attack them”

Tielemans is now back at Monaco after completing his loan spell with Leicester and therefore, all eyes could be on the former Norwich City man Maddison this summer.