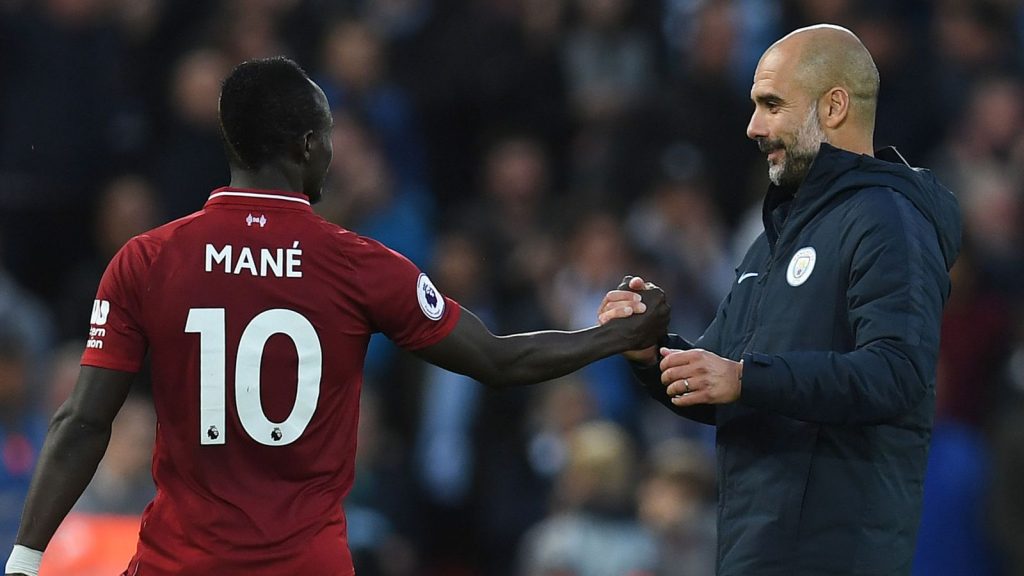 Sadio Mane has made it a habit to score it in the dying minutes and he saved Liverpool once again after scoring a late winner against Aston Villa on Saturday, which sent the Reds six points clear at top of the Premier League table.

Manchester City boss Pep Guardiola has slammed Sadio Mane of ‘diving’ as he turns up the heat with the first punch ahead of next weekend’s top-of-the-table clash at Anfield.

Guardiola, whose side won 2-1 against Southampton, hailed the Senegalese talent but was also critical about him.

“It’s happened a lot for Liverpool in the last years [scoring late on]. It’s because he’s a special talent,” Guardiola said of Mane on Match of the Day.

“Sometimes he’s diving, sometimes he has this talent to score incredible goals in the last minute. He’s a talent.

“If it’s one time, two times, ‘we were lucky, we were lucky’, but it happened in the last two seasons many, many times – they have a special character to do that.

“We look at ourselves, we know which team we face, I think they have won 10 and drawn one. Next week we go to Anfield to try to play them.”