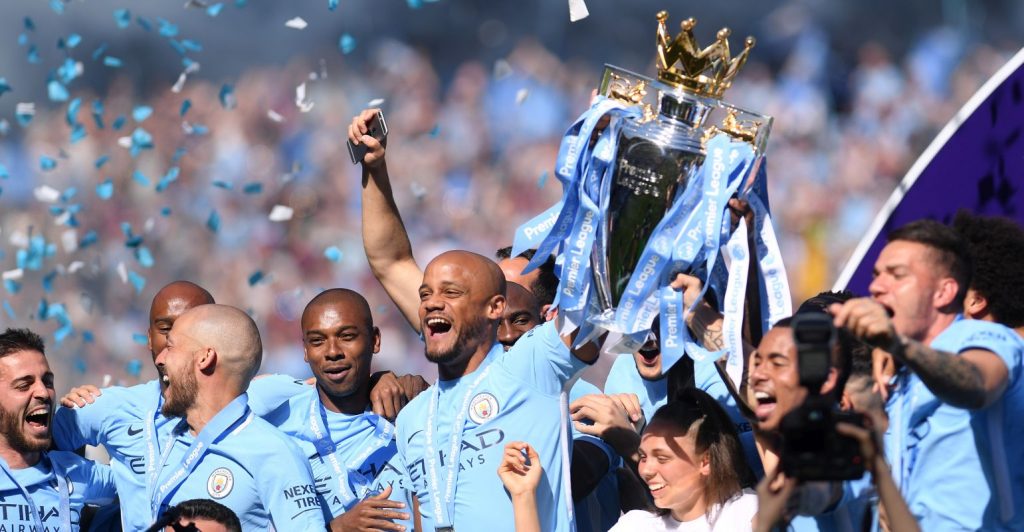 On Sunday either Manchester City or Liverpool will lift the Premier League silverware and be crowned winners of the season, but with things so close just how will this work for the actual trophy? Bonusbets.com has investigated and explains how things will work on the day.

It is fair to say that either team could land the top spot this season. All Manchester City has to do is win as they are currently on point ahead. If they win, it is mostly irrelevant whether the Reds win or lose as they cannot clear the 98 points that City will accrue. However, it is far from being a done deal and although Brighton is sitting just clear of the relegation zone they could spell trouble for the favourites Manchester City. It has happened before, teams have lost their bottle right when it matters most. So, how will the winners be handled this year?

Well, the current cup which has been at the Etihad for the season will be getting on the bus with the team and making its way to the Brighton Stadium where there will also be 40 medals laying in wait for each and every player who made at least five appearances for the team this season being given their medals on the pitch once the final whistle has blown. The rest of the players and the staff who supported them will be given their backstage later on. But how will the trophy get to Anfield if Liverpool win? As it happens, it won’t need to because there will be an identical setup waiting in case it is Liverpool are set to lift the silverware. What you might not know is that there is a second, identical trophy which is also engraved with all the past winners which is used by the league. This cup will be at the ground for the presentation purposes and, we assume will later be swapped back with the one currently held by Manchester City after the winner’s details are added to the list by the engravers, clever huh? There will also be 40 medals waiting there, and what happens to the set that isn’t used is unclear at this stage because they do not need two sets of those.

There will also be an official presentation team on hand at both grounds so that the ceremony can go ahead without delay and both sides have been asked to nominate a champion from their local community to make the presentation, and this person will be waiting in the wings, sadly one of them will be disappointed. So, despite rumours of choppers on hand to whisk the trophy to the correct location, the truth is perhaps a little less glamorous. So there you have it, for anyone wondering how it works, if there is a clash and there are two teams in such close contention there are in fact two sets of everything on hand, interestingly this is a scenario that hasn’t happened since 2012 which was also a City winning year.