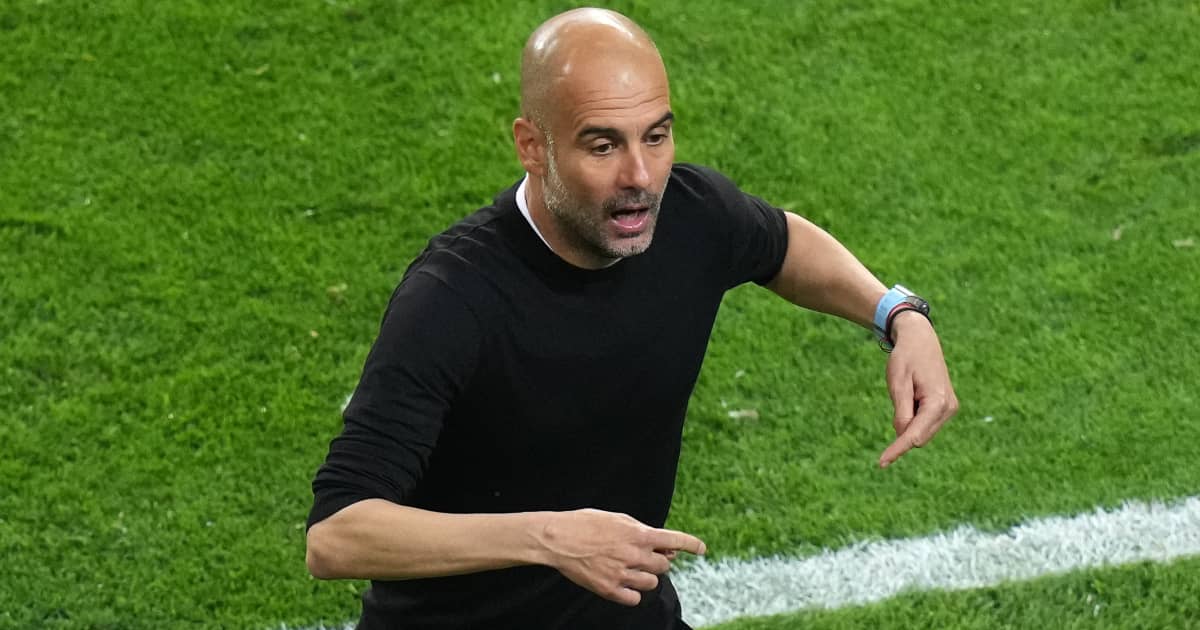 With a famous treble at their grasp and the opportunity to become Champions League winners for the first time, Manchester City fluffed their lines in their 1-0 defeat to Chelsea in Porto. Kai Havertz scored the only goal of the game to hand the Blues the European crown for a second time.

Pep Guardiola came under fire for his starting lineup as he opted to enter the final without a defensive-minded midfielder along with a forward to spearhead the attack. Instead, he raised eyebrows by starting Ilkay Gundogan, Kevin De Bruyne, Bernardo Silva, Phil Foden, Riyad Mahrez, and Raheem Sterling in a 4-3-3 formation.

The system relied on City’s ability to retain possession and prevent the Blues from operating on the counterattack. The flaw was exposed by Mason Mount and Havertz as the England man released his team-mate through a chasm in the City defence. Havertz rounded Ederson before slotting a strike into an empty net. The German’s effort was the decisive moment in the contest, and Chelsea’s resilience at the back thwarted any attempt by City to break back into the game.

Guardiola’s team had only one shot on target in the entire final, which was a tame attempt from Raheem Sterling in the first half. Not even the presence of Sergio Aguero in his final appearance could provide a spark for the Citizens. Although the club have made progress, it is yet another disappointing end to a European campaign. The Spaniard continues to struggle on the grand stage without Lionel Messi, enduring a 10-year wait for a third Champions League title as a manager.

Not for the first time in the Champions League, Guardiola was roundly criticised for his decision not to play either Fernandinho or Rodri in the middle of the park. Out of the 61 games, City played in the 2020/21 campaign, the Brazilian or the Spaniard had started in 60 of those contests. Without a defensive shield in front of Ruben Dias and John Stones, Mount was able to expose the Citizens with his incisive through ball for Havertz to convert. The goal was not the only evidence as Timo Werner also spurned three good opportunities in the first half.

It’s easy to suggest that City should have featured either Fernandinho or Rodri in hindsight, although Guardiola has made a rod for his own back by making the position an essential cog in his team and then breaking away from the trend in the biggest game of the campaign. Both players excelled over the course of the season, making his choice even more baffling.

The decision not to play Jesus or Aguero is perhaps more understandable given that City played their best football of the season without the duo present in their lineup. Gundogan and Foden came to the fore in the final third. However, both those players were off the boil as were De Bruyne, Mahrez, and Sterling. It proved to be the perfect storm for City at the worst possible moment.

Despite the setback in the Champions League final, City were downright imperious in the Premier League and are the leading contenders in the betting odds to win the crown for a fourth time in five years under Guardiola. At asiabet.org, for example, the best betting sites in the industry for Premier League wagering are highlighted due to their excellent value for their customers.

Using their selected wagering operators, you will find the optimum value for betting on City to triumph along with intriguing betting bonuses. With further reinforcements with reported moves for Harry Kane and Jack Grealish on the agenda. Or as we expressed on Mancitycore.com, Norway superstar Erling Haaland. If those players are signed City’s odds should be extremely narrow indeed, but the club will want more than the Premier League crown.

Pep Guardiola will be under immense pressure to return Man City to the Champions League final next term. The lack of quality teams in Europe should allow the Citizens to make a similar surge as Real Madrid, Barcelona, Juventus, and Bayern Munich are all going through transitional periods. Liverpool may overturn elements of their squad. Manchester United failed to win the Europa League and will need several players to push out of the group stage never mind the final. Chelsea will be a threat not only for the Champions League but also the Premier League, if they can find consistency under Thomas Tuchel.

Then there is Guardiola’s element of self-sabotage. For the second time in two years in the Champions League, he has been guilty of overthinking his tactics. Against Lyon in the quarter-finals in the 2019/20 season, the Spaniard reeled out a 3-4-3 formation that City had not played during the campaign and were subsequently taken apart by the French side. The issue has reared its head once again in the European arena, and Guardiola will have a point to prove to his doubters that he can win the ultimate prize in club football without Messi.