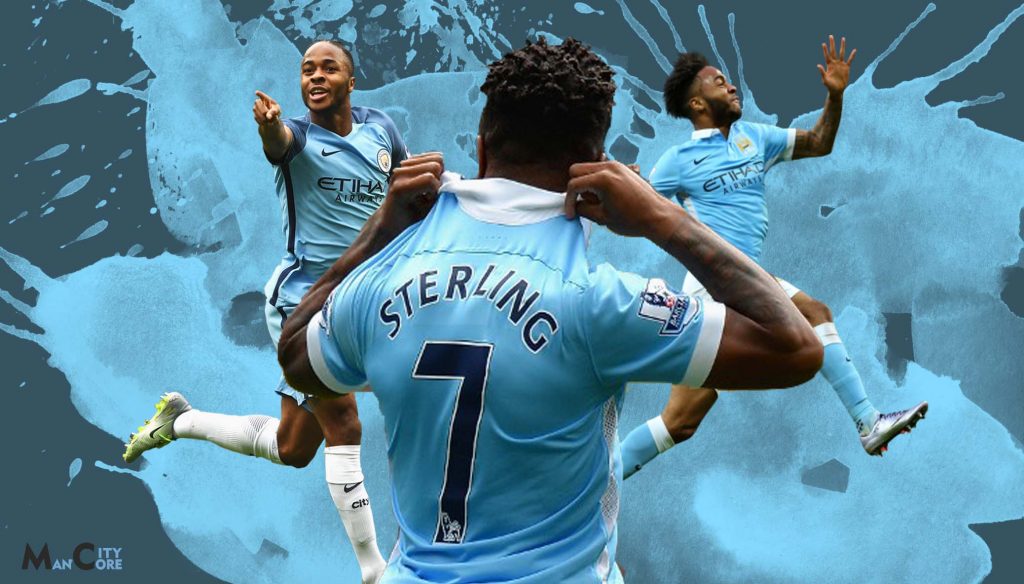 The five year old Jamaican born kid who settled in England as his new nationality now stands at a crucial stage of his career continuing to impress for Manchester city this campaign.

Raheem Shaquille Sterling, the familiar name on the City blue jersey, is the lion recovering his status. His immiscible series of performances is constructing City’s endless  wining run this campaign and becoming the supporting pillar of the whole structure alongside Kevin and Silva.

It is a glorious adventure of a player who loves the football pitch more than his personal life. A life of ups and downs did not constricted his hard-work to improve day by day. The 2014 golden boy award winner is letting all the lucks door open for him to guide him to a fame which every players dream of. 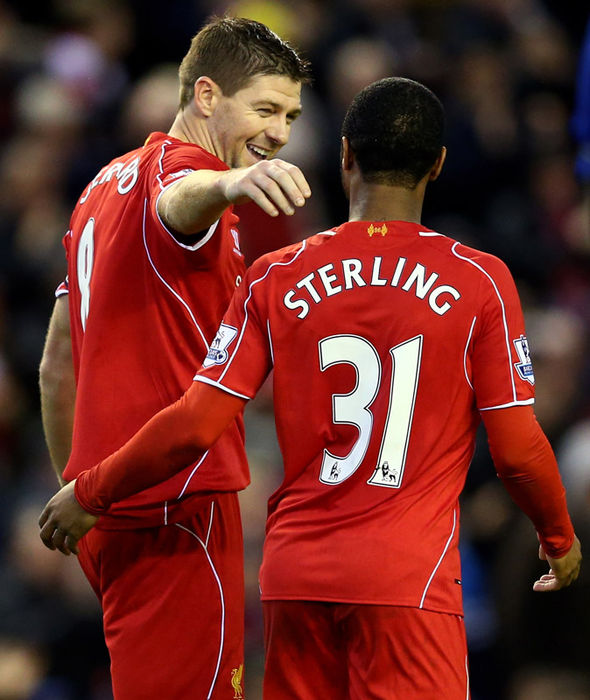 The 21 year old arrived at the Etihad to step on to another climax in premier league football, signing as the third most expensive youngster in that time. Before that, Sterling was an adorable English player for Liverpool. Played alongside the unforgettable contributor and legend Steven Gerrad, Sterling learned how to lead a team by realising the potentials. Though he shared the dressing room with him in his ending days as a footballer Gerrad’s character started motivating Raheem. As a fact, the young spark started his footballing ambitions from Queens Park Rangers academy and turned into a rich talent quickly.

His days at Anfield was sensational. He gathered reputations from his fan and went better in understanding the game to specialise his movement to create something. He made his senior debut in 2014 and since then there was no stopping of this gem. Then he discover a new test at Manchester. In a haste he drew a lot of attention by his quality on the pitch crushing down all the limits of praising. Sterling combating mentality helped him to be included in the 2014 world cup squad where he twinkled like the star amidst a disappointing group stage exit from the grand tournament. That send a huge roar in his league and city began to surge him.

Apart from this, Sterling failed to escape tearful events which almost made him a black patch. But those falsely accused riots died down because of his winning mentality. He began to think more about football and his professionalism took center stage. Life at City was of similar type. His freshened start in the club deteriorated when he crumbled in off form. Though he continued to accept goals, his play-making quality began to question itself. Rifles were aimed that Sterling is destroying himself. But a player who likes to get his best friend on feet to strike goals, it is hard to forfeit him from any turnover.

But before that he had a barrier to pass through. Manuel Pellegrini, who made a new version out of Sterling, departed in 2016 giving the club some glorious moments to remember. He left his seat for the great Catalan coach,who led FC Barcelona and Bayern Munich to win numerous prizes, Pep Guardiola to step in. But that did not helped Raheem. The form which caged him from displaying his best now started growing roots. Sterling became a shadow in Guardiola’s first tenure at the club also making up the statement that he sustained a long term injury. 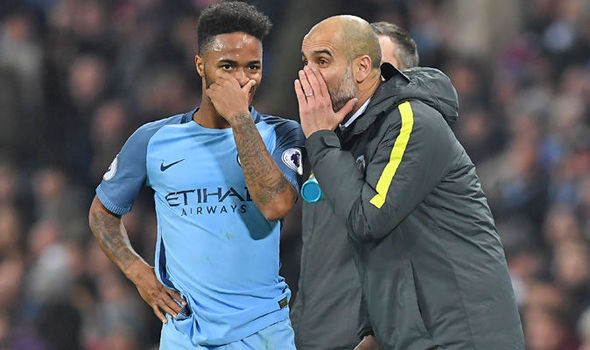 In this summer transfer window, a headline erupted in every newspaper that Pep wants to sell the asset for a swap deal to lure unhappy Alexis Sanchez from Arsenal. The speculations hit him hard but he decided to stay put and try his best to engrave his name once again in the lineup. One of the point to be noted here is that Sterling was in full house critics when he made his move to City by the Liverpool fans. Not only that living legends like Jamie Carrager, Seleccon and even one of his ideal Gerrad enrolled negativity towards him. The same thing surely went up in his mind when he understand Pep’s intentions about him. Then he started to make his talent alive once again, the lion who broke his cage.

Amidst all the boos and jeers, Sterling made up a new foundation in his game. And with charging teammate this time out, it took little time for Raheem to return to his unsung brilliance’s. An instant impact was that his well struck leveller against Everton. Sacked  Ronald Koeman’s men were enjoying the Manchester climate all throughout the first half which allowed history to take its place for Wayne Rooney to claim his 200th premier league goal of his career. The city were looking dismantled as Pep’s first trophy less season. But then committed one who was desperate to change things. A thumping volley in the right lower corner deep in the second half earned them a point. 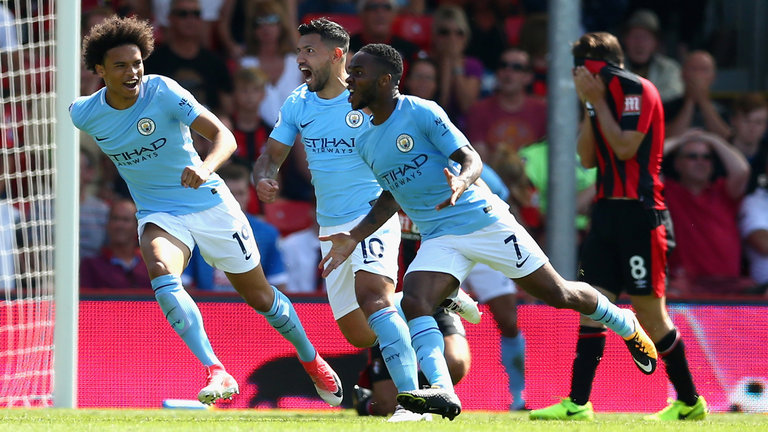 God favoured him the next weekend and it was this occasion for him to feel more modest. City travelled to vitality stadium where they face a spirited Bournemouth and were trailing again in the early moments of the game through Charlie Daniel’s missile. Jesus created the equaliser but Bournemouth did not pause to increase their rage. Then came the familiar face to convert the most wanted goal in dying moments.

Sterling found his rhythm game by game and his fantastic goal scoring form inbuilded grand stand conclusion. He earned trust from his manager which was the target for this boy who became man.

He, Kevin De Bruyne and David Silva is now making up the best trio in the premier league. Sterling is an integral part now and it is certain you will run more ground than ever.