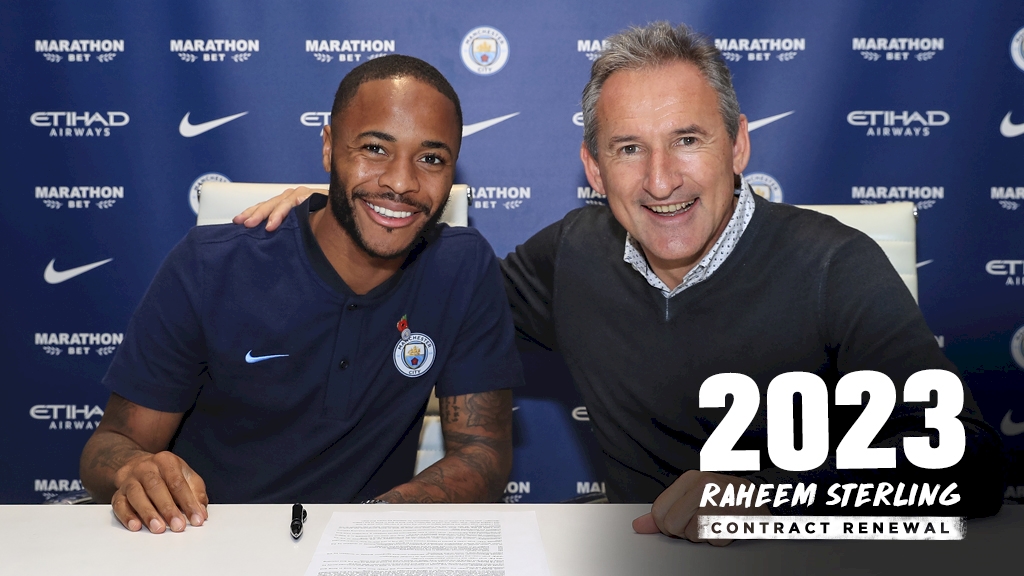 Raheem Sterling has been influential since joining Manchester City from Liverpool in 2015, a deal which may eventually cost the club nearly £50million. His extended contract will keep him at Etihad until the summer of 2023 after agreeing a lucrative new deal that could earn him as much as £300,000 per week.

Sterling scored 18 goals and had created up another 11 in Manchester City’s record title win last season.

Citizens will have five more years of Raheem Sterling and the23-year-old is poised for being City’s center of attraction for years to come.

“I’m delighted to sign,” Sterling said in a club release. “My development here has been incredible. I felt from the minute I got here it was the right choice for me. It’s really paid off for me and I’m really grateful.

“Every season you come in you want to do better than your previous season. You want to try and develop and get better.

“With the facilities we’ve got here there’s no reason not to. With the coaching staff and the players we have in this team it’s the perfect environment to develop and get better.”

Director of Football Txiki Begiristain added: “This is a significant moment for the Club. Raheem has improved dramatically in the past two seasons and is now one of the Premier League’s best attacking players. His statistics tell their own story.

“He’s quick, strong and excellent in front of goal – everything a modern-day forward needs to excel.

“We’re all delighted he has committed his future to City.”

Raheem Sterling has played a role in 11 goals in just nine league outings for City so far this season, as the Blues sits top of the table.