Manchester City players regularly feature in EA SPORTS FIFA’s Team of the Week, and all credits to Pep Guardiola and the way his men ply their trades on the field. The likes of Leroy Sane and Riyad Mahrez were included last week with Raheem Sterling coming in this week.

Sterling had an sensational game against West Ham at the weekend after his goal and assist in the 4-0 demolition of Manuel Pellegrini’s Hammers.

Raheem Setrling (86 card) is the only City player to feature in this week’s TOTW, with former Cityzen Aaron Mooy, who spent his year at the club out on loan, also present.

Here is the latest EA SPORTS FIFA Team of the Week! 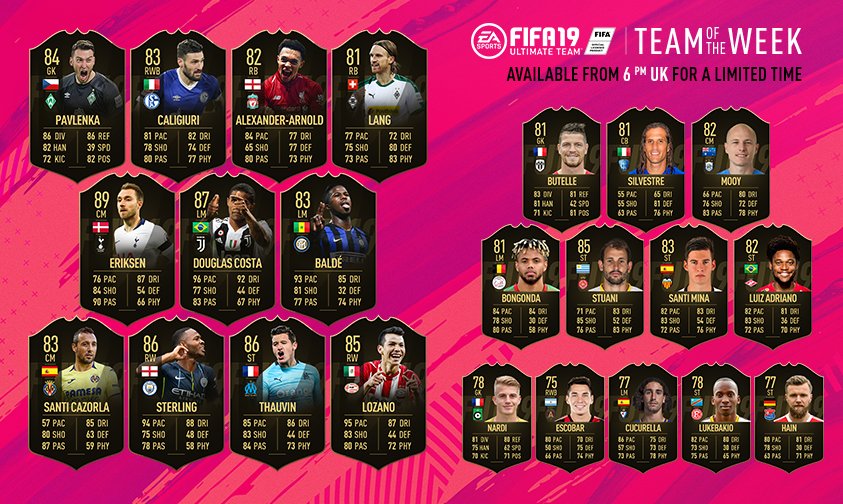