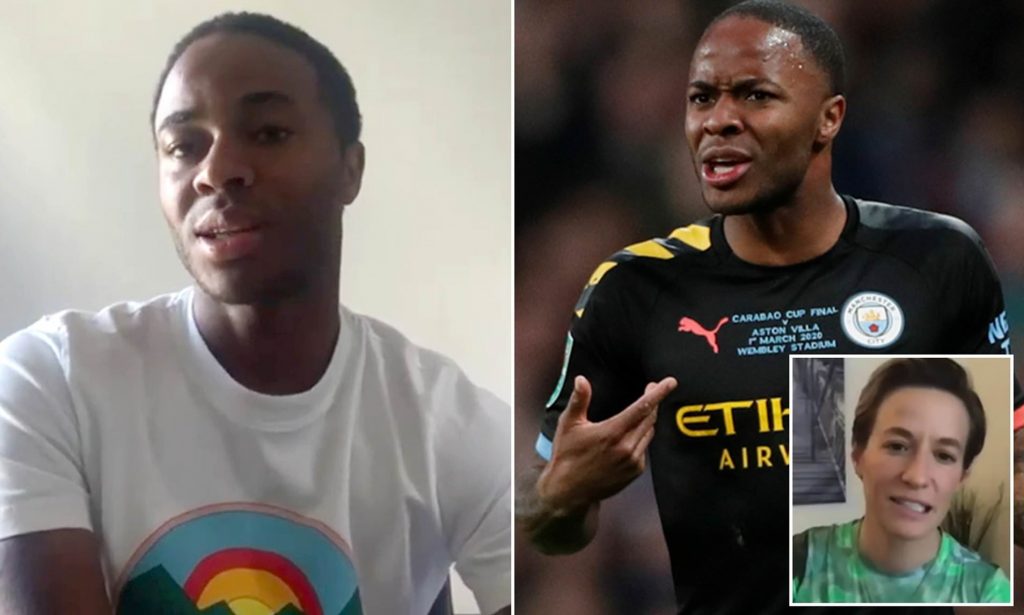 Premier League football was suspended due to coronavirus in mid-March and officials are hoping to get it back up since. The League has been given a go-ahead with resumption plans from June 12, though matches will be played behind closed doors.

Talking about the same, Manchester City forward Raheem Sterling on Sunday admitted that players would not be fit enough to play and needs at least a month to get their match fitness back before the Premier League should start again.

Speaking in an interview with US women’s captain Megan Rapinoe on his YouTube channel, the England international said: “They’re trying to say that hopefully games will start by the 12th of June but we’re still waiting on the government to give the go-ahead,” he said.

“I know the clubs are in talks and doing the best that they can to try to find the best resolution but we’ve had a few meetings cancelled even on Zoom to talk about the restart so we have to just wait and see.

“You can’t come back in with one-and-a-half or two weeks (of training).

“You’d need a full four to five weeks, especially if you’re going to go back into competition, when you’re literally paid to win. You do need to do that preparation – you can’t just go straight in.”

“I think this is the first time I’ve ever shut down since 17, I don’t think I’ve ever stopped. I think the most I’ve ever had off before was three weeks so this is really, really strange.”

Premier League clubs are due to discuss the resumption of group training on Monday in the hope that players can go back to work from Tuesday.