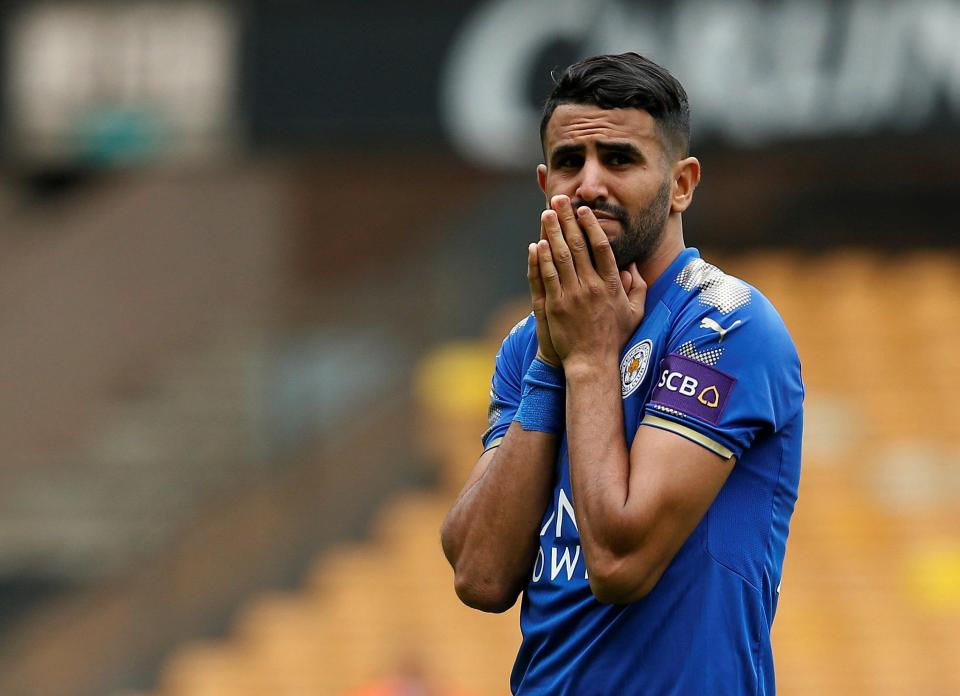 As per the reports, Manchester City offered £65 million-plus-player to obtain services of Riyad Mahrez.

After transfer debacle Riyad Mahrez today missed his training for second consecutive day as the doubts over his Leicester career start prompting.

Skysports News insists that Mahrez has been left ‘depressed’ after Leicester not accepting Manchester City’s final offer valuing the Algerian for £95 million.

On Wednesday, one of Mahrez’s friends told Sky Sports News:

“This is the fourth transfer window in which Leicester have said they will allow him to leave. He feels very strongly that he has done everything in his powers for the club.

“Joining Manchester City would have been a dream for him. Playing for Pep Guardiola is something he is still desperate to do. That seems a long way off right now. He’s very down about how he’s been treated by a club he has served so well.”

Mahrez have over two years to his deal with Leicester City. He has been Leicester’s ‘great servant’ after helping them achieve promotion and playing an integral part to take Leicester City at top of English football.