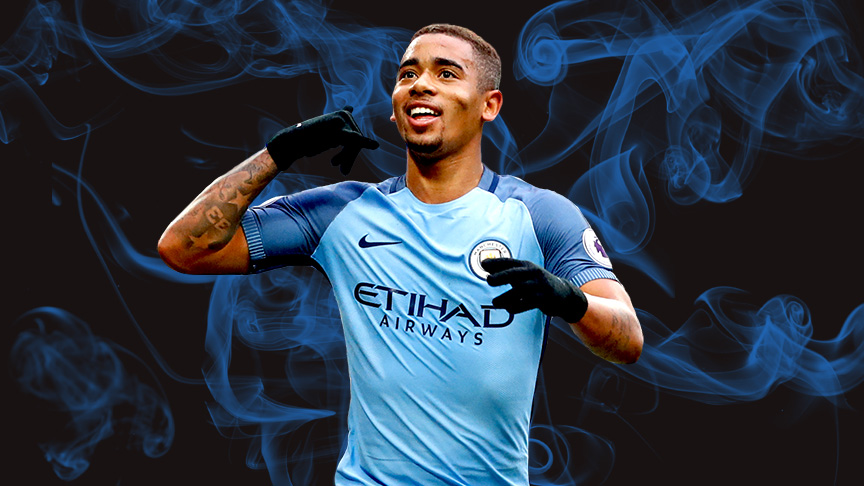 The star Brazilian centre forward Gabriel Jesus’ career has been badly influenced by injuries till date. Jesus joined Manchester City in the winter transfer window of 2016-17 season from his boyhood club Palmeiras. But his metatarsal of the right foot was broken in his fourth appearance for Manchester City. He came back from the injury in April and ended the season with 7 goals and 4 assists in 11 appearances for the club.

The beginning of the season was not so good for Gabriel Jesus. He didn’t get a single goal in his first two appearances in the Premier League. Then he came back in his goal scoring form for Manchester City. He scored 11 goals in this season for Manchester City. Again a knee injury in the match against Crystal Palace just at the end of 2017 kept him out of the field for almost 2 months. Gabriel Jesus was again in the starting lineup of Manchester City in the second leg of match against FC Basel in the round of 16 in Champions League and he also scored a goal in that match.

Gabriel Jesus sounded little worried about his playing condition after coming back from the knee injury.

“When you are in the game, without wanting it, you end up thinking about the previous game where you got injured, you have a bit of fear,” he said.

“But as you are playing more and more, you are going to get that fear away and play your football.

“I still played with some fear, there’s some movements when I still have some fear to got injured again. I know anything can happen, but I’m sure that the more you play, the easier that fear is going to go away.”

The versatile young Brazilian forward can play in various positions at the upfront of the field. He can be deployed as a centre forward, an out and out striker, an inside forward, a winger, a false nine and even sometimes he can play as an attacking midfielder too. But this Manchester City team is filled up with all Star players. There is competition in each position of the field to get into the first eleven.

At the beginning of the season Pep Guardiola preferred to play with both Sergio Aguero and Gabriel Jesus upfront. But the system didn’t work well. Then, Pep started using Jesus as a winger. Jesus was not as much successful as a winger as he was in the centre forward role. In the meantime Aguero was injured for few matches and Jesus again started to play in his preferred position. However, after the comeback of Aguero in the starting lineup his goal scoring form and experience in playing the Premier League kept him ahead of Jesus in the pecking order. On the other hand, Leroy Sane, Raheem Sterling and Bernardo Silva all are in good form and are causing damage in the opponent’s defence in a consistent basis.

Moreover, Jesus was injured for two months. He will need more game time to regain his previous goal scoring form back. As the things are standing now, Manchester City are already way ahead of the other clubs in Premier League. So, Gabriel Jesus could be given more chance in the rest of the matches in the Premier League. This will also help Sergio Aguero to stay fit in the big matches in the Champions League coming in the way of them from the Quarter Final stage of the tournament.

Gabriel Jesus’ Goal scoring form will be very much important for Manchester City as Sergio Aguero will be in the thirties in next season and age might affect his gameplay. After that Jesus will be the main striker upfront in the field for Manchester City.

So, we can conclude by saying that , ‘Gabriel Jesus Is The Future Of Manchester City In Coming Years.’