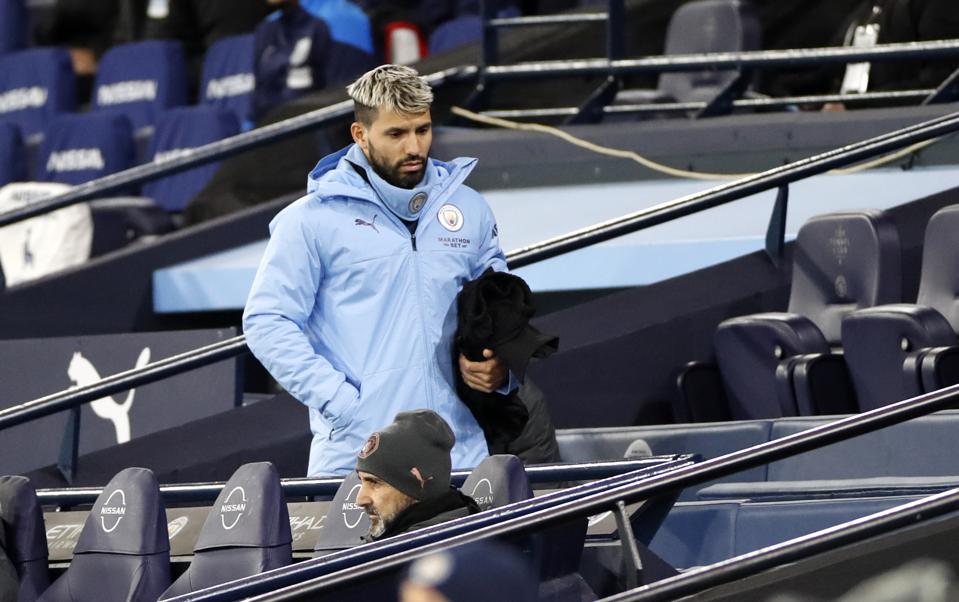 Sergio Aguero would without a doubt wish the 2020/21 season, and his last for Manchester City would have panned out differently. Out of contract in the summer and probably allowed to leave, the club legend, and arguably the club’s greatest player of all time has served the sidelines for the majority of the campaign.

However, despite being without one of our talismans, City has still managed to forge a solid footing at the top of the league and will hopefully go on to win the title. That said, replacing Aguero still remains a priority come the summer, and this article will take a look at some of the frontrunners being talked about.

Some big names have been bandied around including none other than Lionel Messi but reports suggest the club will still look for another forward signing whether or not they bring Messi to the Etihad. In recent months, City has been credited with an interest in names viz. Erling Haaland, Lautaro Martinez, and Romelu Lukaku could go on to replace our retiring legend.

Before we get into the above players in more detail, let’s take a quick look ahead to the next few games on the fixture list. Two, in particular, jump out, Arsenal away and Monchengladbach away. Arsenal is not the side they used to be but they are always dangerous going forward, and no game in the Champions League is easy.

With lockdown restrictions still in force, most of us are unable to watch the games live. Fortunately, both matches will be streamed live and we recommend using sites such as 101greatgoals.com live football to find the best quality live football streams. You will find fixture lists for various leagues, the best places to catch Premiership live football via an online streaming service, and if you dig in a little deeper, you will find some of the latest football news and blogs.

Erling Haaland has been a long-term target for Pep and City, but the queue for his signature is a long one. Liverpool and Real Madrid are just two other admirers of the young forward. Scoring for fun since his move to Germany, the Dortmund star is already considered among the world’s best strikers.

Pep has also confirmed his admiration for Lautaro Martinez, the Inter Milan striker who came very close to signing for Barcelona. The player previously pushed for a move but with Inter now performing well, there is talk of a new contract. If signed, it would remove the current £98 million release clause and replace it with one significantly higher.

Lukaku is the final name being bandied about. The former Chelsea and United player has been there and done it in world football. Amazingly, he is still just 27, so should be in the prime of his life. Also at Inter, the stumbling block in his transfer could be that his current club is desperate to keep him and he is very happy where he is right now.

All three are fantastic players in their own right. Haaland has a huge future, Martinez is in a rich vein of form, and Lukaka is an experienced player that knows the PL inside out. Which would you choose? Some may say Lukaka is not the right age or style for City, but he could fill the gap for a season or two.

We have to trust Pep to do his magic to make the best decision and to pick up the best player available. Until then, we are sure that all fans, the coaching team, owners, and members of the Man City Official Supporters Club will fully agree that Aguero will be missed and difficult to replace whoever it is that comes in.