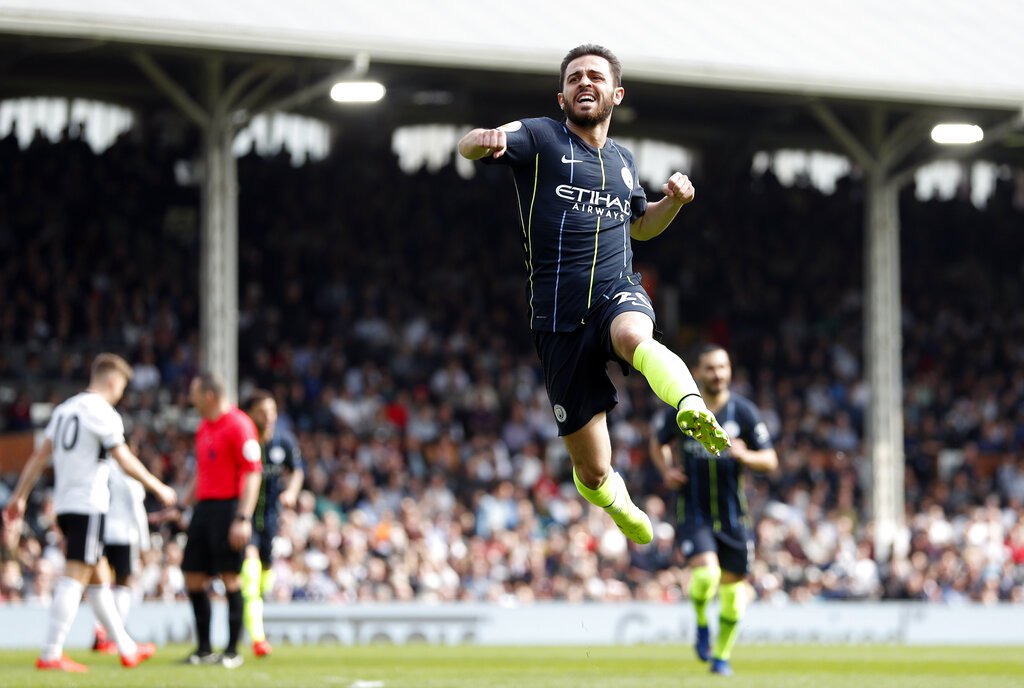 One day Manchester City is on top and in another Liverpool two points ahead with an extra game. The Premier League table promises a daunting end to this immersing Championship.

The table toppers are in no place to slip a point neither are they willing to. Winning matches after another, succumbing tough opponents with ease and not giving away their less than 200%, the triumphant will only be the one to hold their nerve till the end.

Jurgen Klopp or Pep Guardiola can help his team achieve so! Reports, history, stats and my intuition suggest it will be the Spaniard getting better of his arch-rival who has never won a Championship title in his career, whereas Pep Guardiola has innumerable amount of those metallic arts.

Not only the Citizens, the Boss himself is confident enough of his troop win pass through the incoming threat which is not a ripple but a tidal wave; difficult and disturbing.

“If you are 10 points in front you can maybe be a little more selective.But now there’s no other option, we don’t have any other choice, so every game we have to win, if not you drop that competition.

“So that’s why sometimes to play with that pressure is nice, it’s necessary to get the best out of ourselves” he said.

“The way we started to play against Fulham, they show me we want to do it. What’s next is Cardiff, so we’ll prepare well, and go like a machine to win, to play, and try to win. Mentally the players are ready.”

We should in no way discard Klopp’s army who were full of adulations which were worthy enough for beating the star-studded Spurs line-up. We may have the better-edge but only like a double-edged sword where one mistake can sink us apart and away from the Premier League title whereas wins can take us afloat to the shore of Glory.