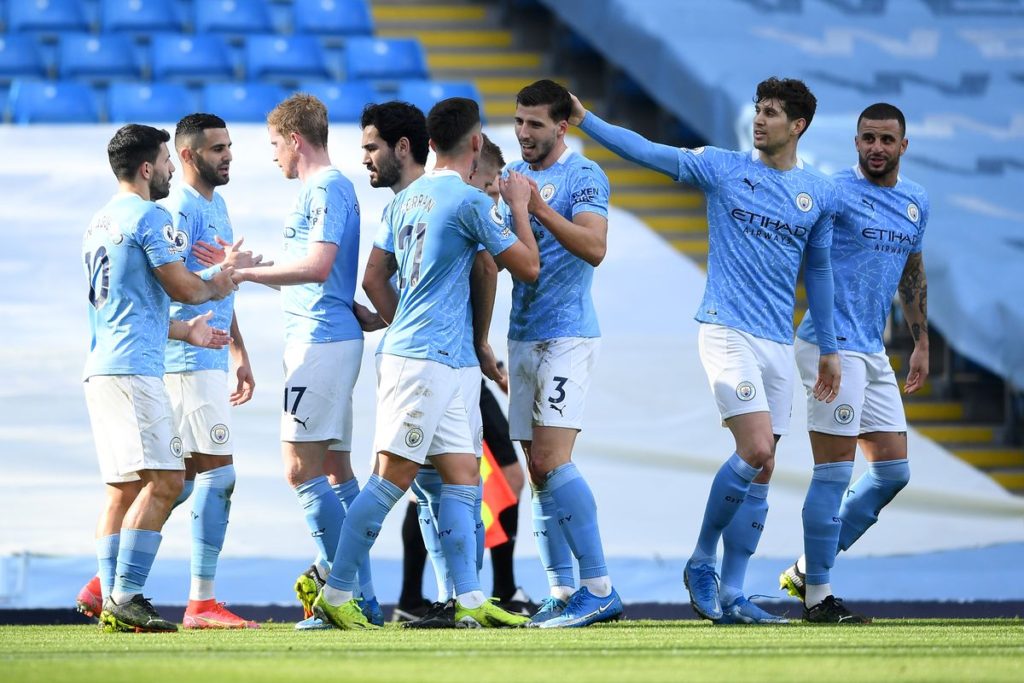 Pep Guardiola and his Manchester City side have been on a roll since the end of 2020 with 20 consecutive victories in all competitions.

The Cityzens have only one goal in mind and that is to bag as many domestic and European trophies this season. Currently, City sits 12 points clear atop the Premier League table with just 12 games to go. In Europe, they hold a 2-0 advantage going into their round of 16-second leg tie with Borussia Mönchengladbach. The whole squad at Pep’s disposal are expected to play one role or other in the quest for glory, with three players standing out among the group.

The Belgian maestro has 11 assists this season in the PL but has struggled for the goals and consistency that saw him dominate the league last season. On a good day, KDB is as deadly as an experienced sniper and can pick any team apart with his incisive passing, brilliant set-piece delivery and his ability to hit the target. His return from injury will boost City’s chances of beating other teams especially in games where City have lacked a spark in recent times.

Many transfer experts expected Stones to be moved on in the summer with Chelsea, Arsenal and Everton being touted as possible destinations. The signing of Nathan Ake and Rubén Dias seemed to push the former Everton defender down the pecking order. Stones has however been reborn and put in some sterling performances in defence and also come up with some crucial goals for the Cityzens over the course of the season. His three goals this season have been match-winners and more of the same will be key to City’s chances of lifting the Premier League and Champions League trophies.

MUST READ: Ruben Dias: The rock of the Cityzens

Former Liverpool attacker, Raheem Sterling is another star who is key to City’s chances of success this season. Sterling has scored 9 times and laid off a further 5 assists in 23 games this season. His five assists this season is more than double the total assists he managed across the 2019/20 season (1). The winger has lighted up some games and completely been a passenger in others this season. More consistency in his play and goal contributions can be a key factor for Guardiola and his men with some key games on the horizon between now and the end of the season.