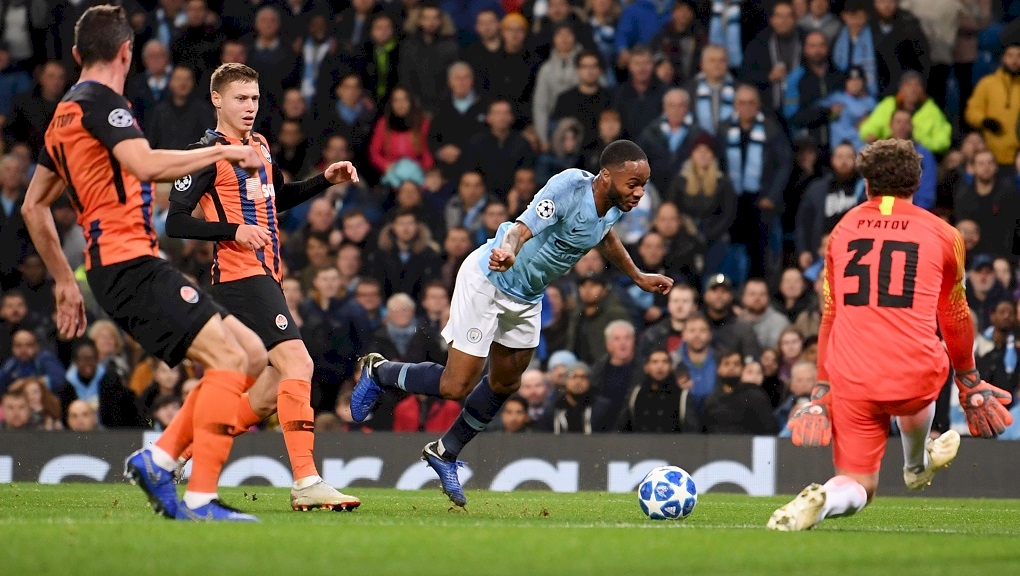 With a 6-0 win over Shakhtar Donetsk, Manchester City sealed a stunning victory at Etihad stadium but all the talk is about THAT penalty decision.

Manchester City star Raheem Sterling looked set to test Shakhtar shot-stopper Andriy Pyatov with a left-footed strike in the 24th minute, but his miskick caused him to stumble and fall on the ground – with Mykola Matvyenko chasing just behind. Sterling was wrongly awarded for a spot kick which Manchester City hardly deserved.

Pep Guardiola even told the second official that it wasn’t a penalty. CRAZY DECISION !

You can see the video below:

THAT IS A SHOCKER!

Raheem Sterling trips on the turf, unopposed and the referee awards a penalty kick. 😱 pic.twitter.com/vdCDsw8Qsf

Pep Guardiola with his take on the penalty decision 😂 pic.twitter.com/52qALxabYE

Roll on VAR and get rid of the useless lollipop men behind the goal. Laughable decision. Sterling stubs his toe as he runs through, trips over, nobody near, penalty awarded, Shakhtar half-laughing, half-furious. Crazy decision. Jesus scores from the spot. 2-0 #mcfc

Pep even told the second official that it wasn’t a pen. Don’t blame Sterling for saying nothing but that is so poor from the officials.