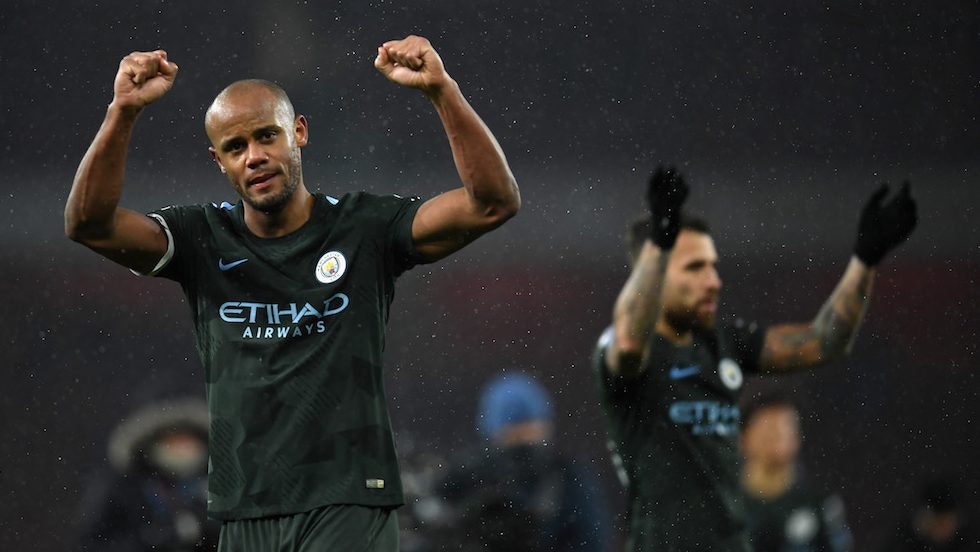 Vincent Kompany insists – no one at Manchester City believes Liverpool tie is over.

A 3-0 defeat in the first leg of their Champions League quarter-final against Liverpool leaves his side in do-or-die position at the Etihad next week.

In between the two legs they have a title-deciding Manchester Derby at Etihad stadium.

And the City captain is willing to put Premier League title celebrations on hold, given their 16-point lead atop the table.

“We’ve got one chance to do it in the Champions League. In the Premier League we’ve got plenty of opportunities to do the job,” said Kompany.

“We’ll make it [the Premier League] a priority now for the next three days. It’s never been like this. You play the league and usually go on holiday but this one feels completely different. 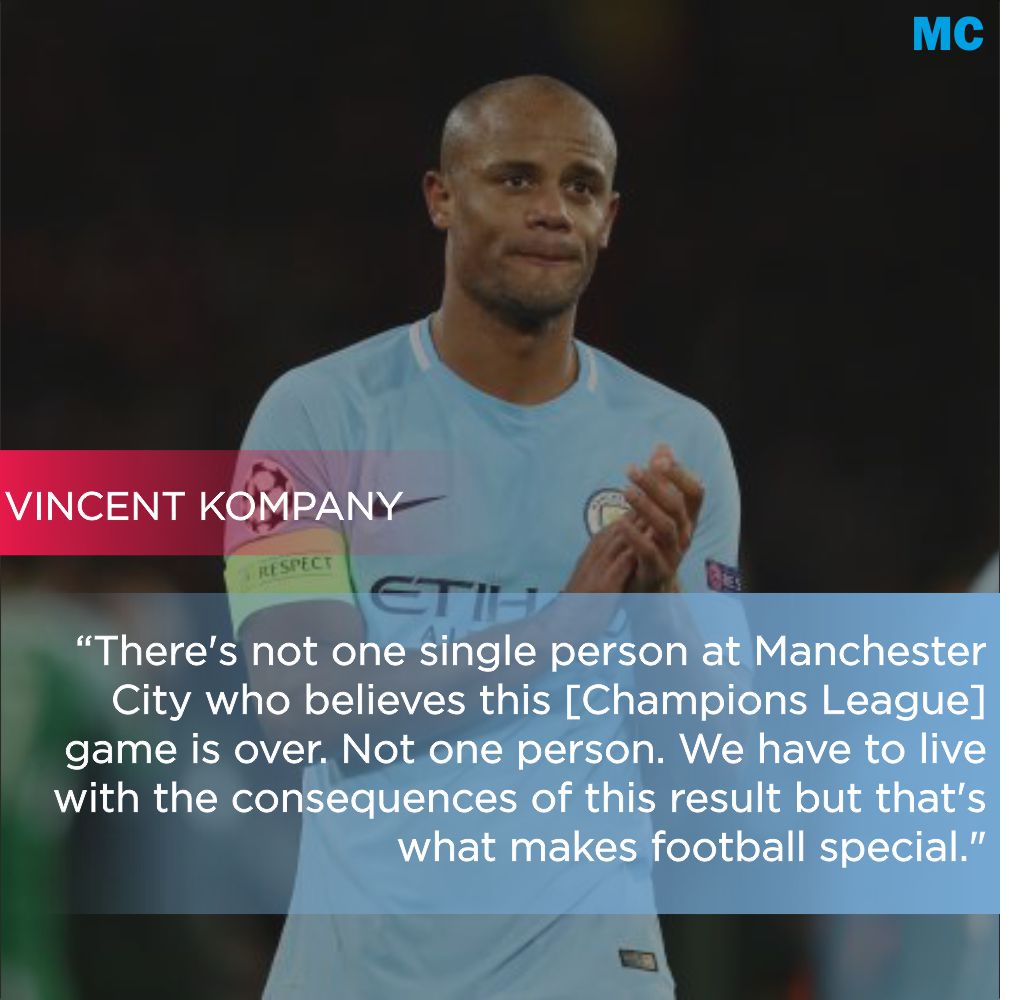 “Whatever happens on Saturday we will take the game extremely seriously, we know how important it is for our fans but after that we will go back to this unfinished business we have got [in the Champions League].

“There’s not one single person at Manchester City who believes this game is over. Not one person. We have to live with the consequences of this result but that’s what makes football special.

“We had a very short period of time in this game where everything went wrong but the same can happen in the next game for the opposition.

“That’s what keeps us believing we can create chances.”