Manchester City is not only the best Premier League team of 2017/18 but also have managed to blazed a trail to set marks unmatched in the 26 seasons of the competition.

Here we look at the Premier League records they have broken or matched. 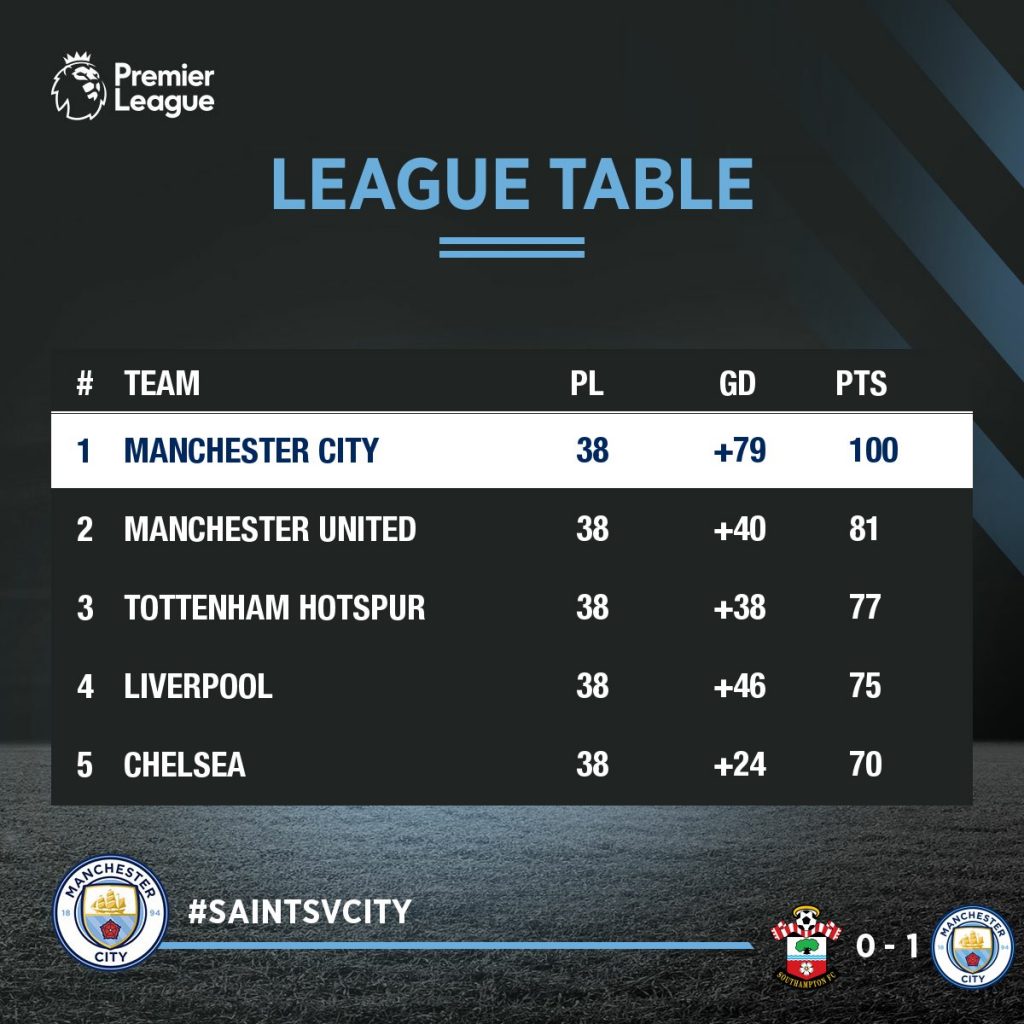 The Blues finished a season with an incredible 19 points ahead of United. Man Utd ended 18 points clear at the top in 1999/00.

With a final-day win over Saints, City finished on 50 points on their travels. Beating Chelsea’s 48 points in 2004/05.

Pep Guardiola boys surpassed on the final day with their 16th away victory. Beating Chelsea of 2004/05 winning 15 away matches. 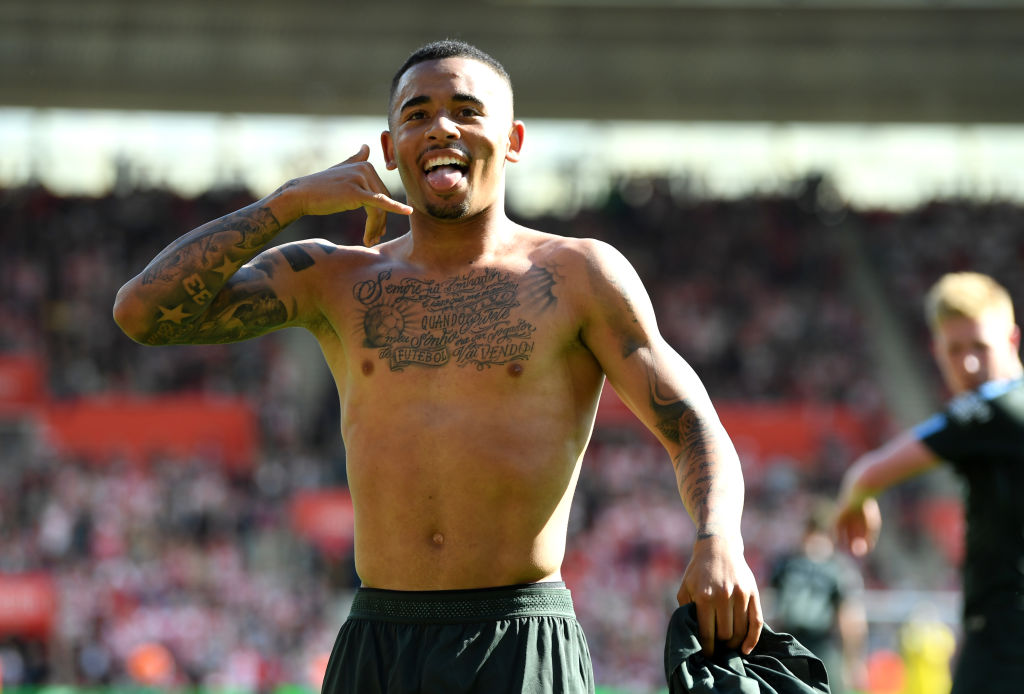 Manchester City ended this season on plus 79 goal difference. Previous best set by the Chelsea team of 2009/10 who finished with +71.

Most Consecutive Away Wins

City’s final possession figure of 82.13 per cent at Everton on 31 March is the highest by an away side in a single Premier League since these record began.

City have beaten all the other 19 PL teams this season, becoming the only third team to beat all other teams in a single Premier League season.

Quickest to a century

With 4-1 victory against West Ham United, Manchester City have recorded 102 goals in 35 matches, the quickest a Premier League side has reached a century of goals in a single campaign.