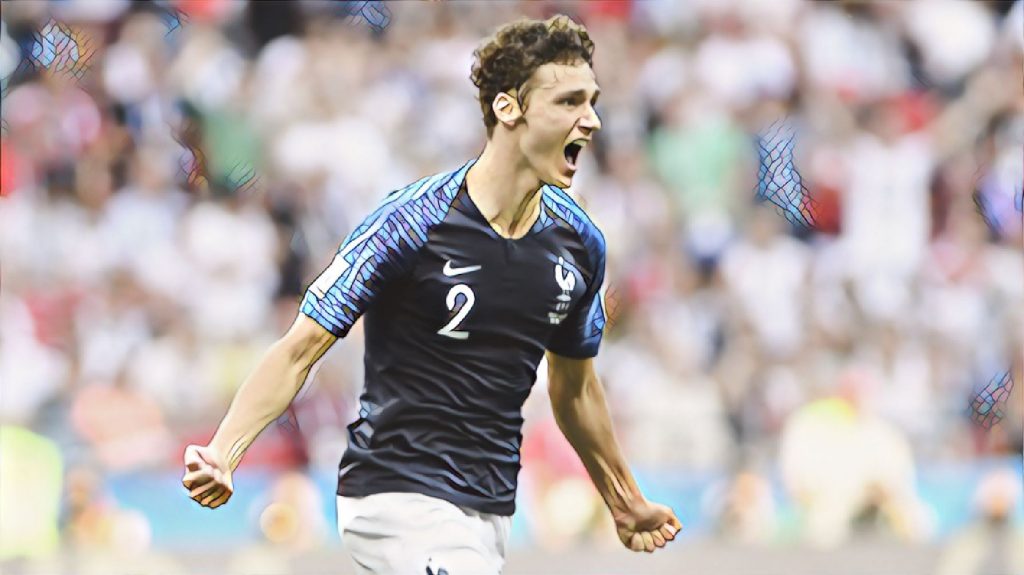 FIFA World cup has bought plenty of players into limelight. Germany, Spain, Portugal, Brazil, and Argentina – the World Cup favorites – have been eliminated, only France have made it to semi-final by defeating Uruguay.

Benjamin Pavard has been one of the stars of Didier Deschamps side, helping France’s win over Argentina with a stunning volley. The 22-year-old brilliant World Cup performances had already impressed many clubs with Manchester City, Bayern Munich and Real Madrid already eyeing for french defender.

According to recent reports, City chiefs are hoping to secure the services of VfB Stuttgart defender during this summer transfer period.

But what else we know about Benjamin Pavard?

Pavard is a confident lad who just never disappears. He is reliable as he just seems to know ‘When to attack’ and ‘When to defend’, that comes with experience but it is an asset Benjamin possesses.

Pavard likes to play short passes and is good at blocking as well as holding on to the ball, though he still needs to work on his tackling.

He is preferred pretty deep for France whereas he is deployed in more of attacking role with Stuttgart.

Where would Benjamin Pavard fit in at City?

Man City have been looking for a center back for a replacement for Vincent Kompany, and Pavard may just be the bargain they needed. Vincent Kompany is unbreakable when he is fit, but his ongoing injury concerns demands long-term solution. He could even fit in at different positions around the defensive aspects of the game.

Meanwhile, Pavard suits Pep’s style of football with his versatility and ball-playing attributes from the back. He is exactly who can flourish under the guidance of Pep Guardiola.