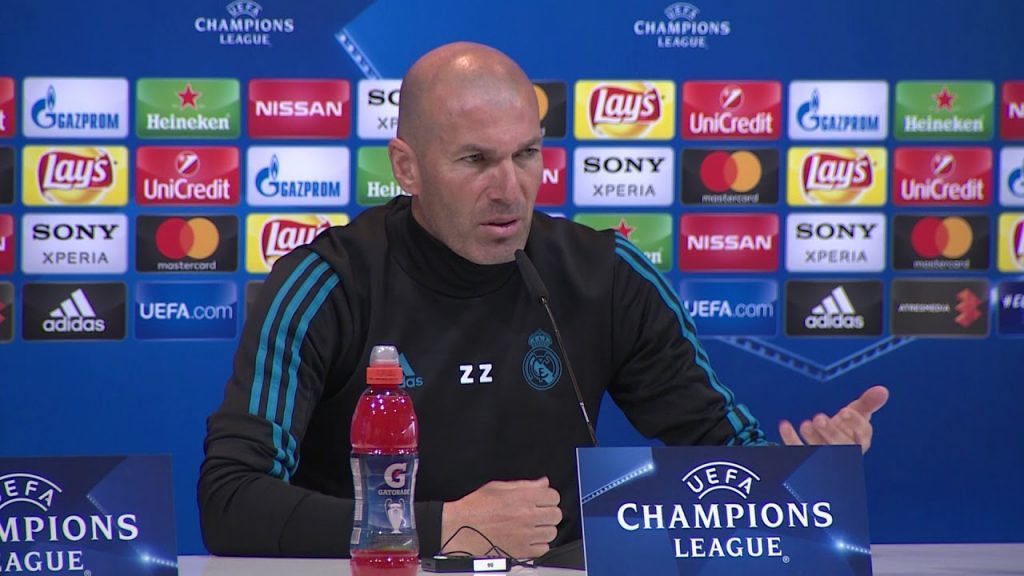 Manchester City are banned to take part in European competitions for the couple of next seasons, but this season.. they are still contending. Pep Guardiola face Zinedine Zidane’s Real Madrid in round-of-sixteen clash later this month and the Frenchman feels that the ban will give Guardiola & Co. extra motivation when they turn up at Santiago Bernabeau.

City did describe the decision as “disappointing, but not surprising” and they also further confirmed the ruling will be appealed at the Court of Arbitration for Sport. If the ruling is upheld, City will be allowed to take part in Champions League and Europa League but that’s not what we’re talking right now.

At present, it’s all about how angry & motivated Pep Guardiola be when he flies his side to Spain and face Real Madrid at Santiago Bernabeau on 26th February.

“For what has just happened, their motivation will be immense,” Zidane speaking prior to Real’s League clash against Celta Vigo.

“I’m not going to go into what happened, what is going to happen…

“It’s a team anyway, who will be a difficult opponent, knowing also how they have been doing in the Premier League. So they will have extra motivation.

“It’s a rival who are going to be very, very difficult, it’s a very big team.”

Madrid are expected to be without Raheem Sterling for the first leg, who suffered hamstring injury in defeat to Tottenham earlier this month.

Etihad Stadium will host the second leg on March 17.