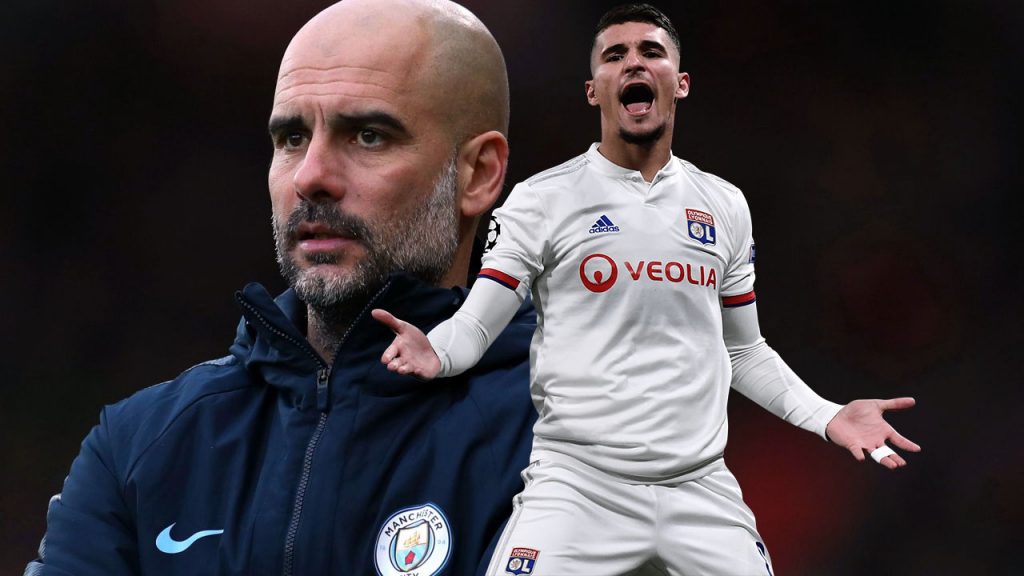 Houssem Aouar is one of the highly rated youngster around, someone who has a big future up ahead and ever since the starlet made his Olympique Lyon debut back in 2017, Aouar has attracted interest from multiple of Europe’s most elite including Manchester City.

Guardiola is said to be a highly positive about the Frenchman and has already started laying ground works by praising Aouar publicly. And according to the report published by French outlet RMC Sport today, there definitely is interests from Pep.

RMC Sport state in their report that ‘while City haven’t come back for more, that should be the case in the next few weeks when the sanitary situation has improved’.

Juventus are said to have excellent relations with Lyon and are not letting go of the prospect of landing Aouar, as Paris Saint-Germain has also entered into the race for the twenty-one-year-old.

And as far as Olympique Lyonnais stand, there are not yet any concrete interest established for Houssem Aouar, and the French side ‘don’t want to block his exit’ and are said to be ‘waiting for a cheque of €50m’.

Fifty-Million Euro seem a reasonable fee for Aouar, if you complement what all he is capable of complemented by his very demand. Though let’s wait and see if any European elite are ready to sign that cheque this summer.