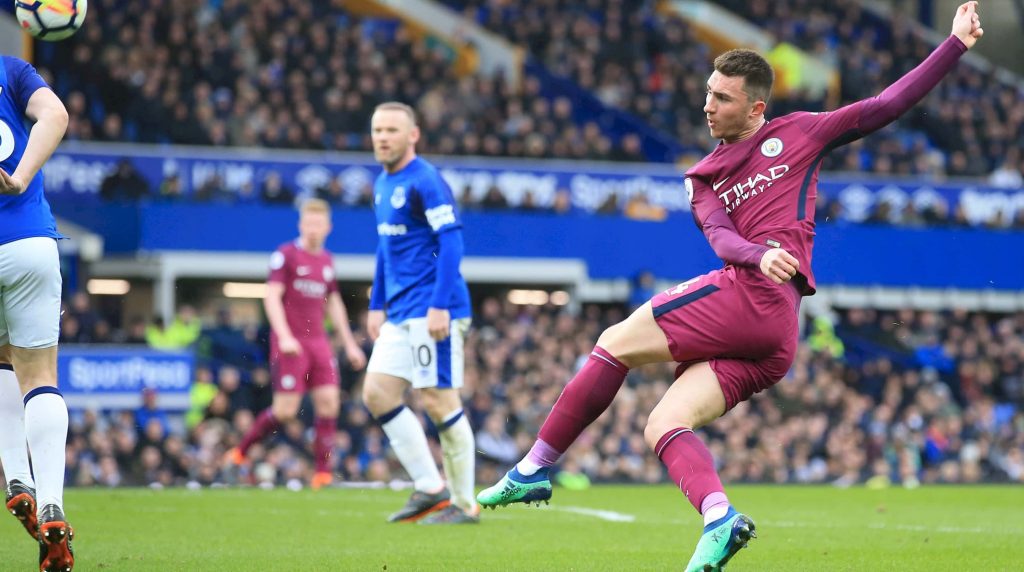 Manchester City victory at Goodison Park on Saturday set-up a dream scenario against United at the Etihad Stadium next week.

He told CityTV: “We have a chance [to win the league by beating United]. It’s a once-in-a-lifetime opportunity and we must try to get the win on Saturday.

“Obviously, we must win the next game and after that we can relax but, obviously, that is a very important game on Saturday.

“We fight every game like it is the last one. It was very important to win today.

READ: Pep Guardiola: “Now our focus is the Champions League”

Laporte insists the key to his performance at Goodison Park is because of the work done on the training ground.

“I felt really well,” he said. “Obviously, it’s a different position but we worked hard over the week in training sessions. I felt fine – physically, very well and the team achieved the goal today.”