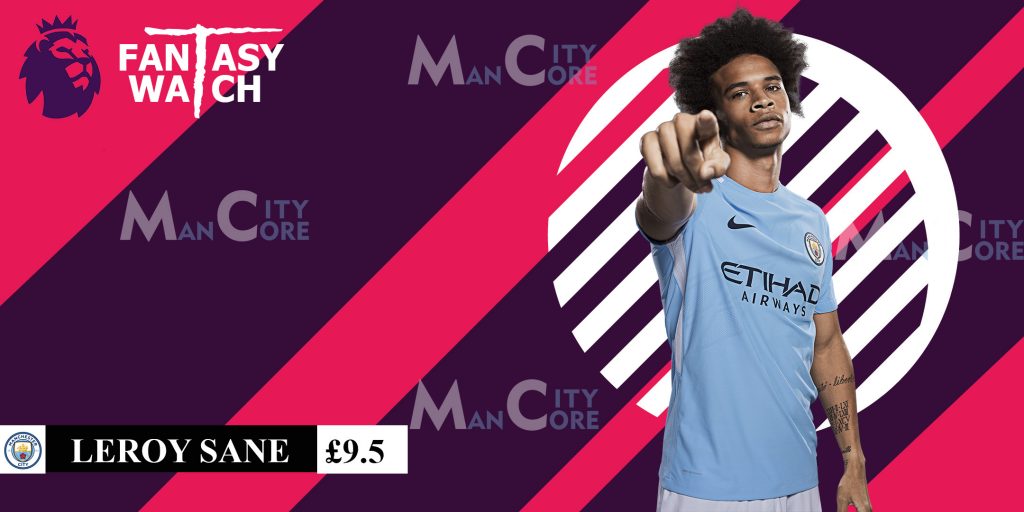 Man City winger Leroy Sane got fresh legs and will be Guardiola’s horse on the left flank. He will be looking forward to the next season, looking to show the world – ‘Who he is’.

Sane’s brilliant performance with Manchester City last season is the reason for early picks by the FPL managers . He has been selected by 17.7 per cent, making him the fourth-most owned midfielder.

Leroy Sane produced 10 goals, 15 assists and 179 Fantasy Premier League points. His impressive output last season is the main reason of FPL managers investment in him with high expected returns. His ability of creating of big chances can produce significant point-hauls for FPL managers.

Leroy Sane’s game includes all the attributes of a perfect winger accompanied by his pace, dribble and crossing. Pep Guardiola’s technique giving him the best possible support and the Boss also changed his formation to 4-3-3 to give Leroy Sane more free role in the flanks. His ability and knowledge of when to pass the ball and when to score goals, shows why he is a special talent.

Sane’s omission from the Germany squad in 2018 World Cup is another reason behind him being in so many FPL squads.

Meanwhile, his team-mates Kevin De Bruyne (£10.0m) and Raheem Sterling (£11.0m) could miss opening league fixture after they reached the semi-finals with Belgium and England respectively. That boosts the security of Sane’s starting role.

The German international could be City’s corner taker. He took 55 corners in 2017/18, second only to the De Bruyne’s 151 for Man City.

Manchester City have only one tough fixture in Arsenal on opening gameweek, followed by quite a smooth run of games, so its essential to keep three of City’s beasts in your squad.

Leroy Sane is priced at £9.5m in Fantasy Premier League, £1.5m cheaper than Sterling. He can cement as a major part of your FPL plans.