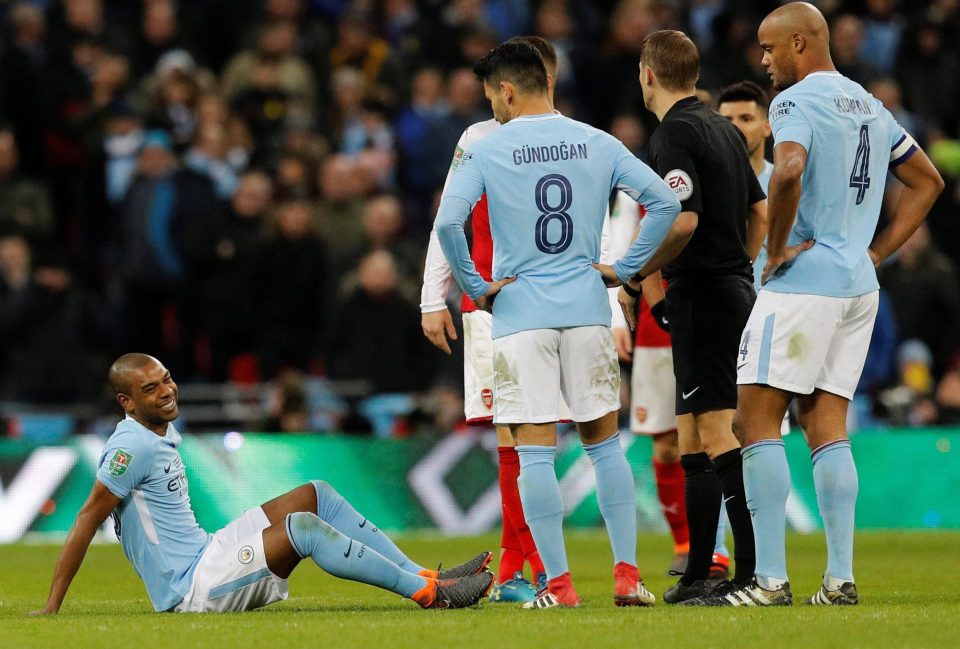 City’s midfielder Fernandinho will not be risked when Arsenal host Manchester City on Thursday at Emirates stadium.

As per the Manchester City statement, they are uncertain how long Fernandinho will be out of action.

Manchester City said in a statement, “The Brazilian was withdrawn after 52 minutes of City’s Wembley win, but thankfully the initial prognosis suggests the problem isn’t serious.

“No timescale has yet been set for his return but the Premier League game against the Gunners on Thursday will come too soon.

“He has played in every league game this season, scoring three goals, with Pep Guardiola describing as one of the best defensive-midfielders in world football.

“Everyone at the Club wishes him a speedy recovery.”