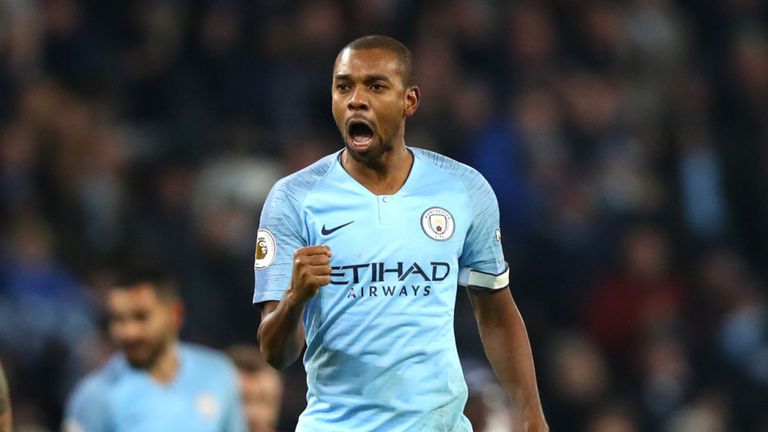 Manchester City had lost two of their encounters, one at home to Crystal Palace, 3-2 other defeat coming from Leicester City,2-1. Both the games had one thing in common, absence of Fernandinho. The Brazilian had undergone injury because of which he was absent in both the encounters. Nevertheless, the big game required him and Fernandinho like he always does, delivered for the team.

The midfielder dictated the game and produced a masterclass performance when his team needed the most. He played a major role in Manchester City’s 2-1 win over Liverpool at Etihad stadium which helped Guardiola’s team to bridge the gap with only 4 points between top placed Liverpool.

Manchester City and Pep Guardiola badly missed the Brazilian midfielder in last two games, but his comeback in the team certainly has proved out to be a cause of fortune and Sky Blues re-route to winning ways. An upbeat performance by the heart of City’s midfield, Fernandinho was standout of all other players.

He was seen everywhere on the pitch. It looked as if the ball followed him, rather than the midfielder chasing the ball. He dictated the play with timely interceptions coming towards the troika of Liverpool, Salah, Firmino and Mane, and also tackled the final balls coming their way.

To beat an incredible team, the credit does go to Fernandinho who can be missed by the media, but Coremedia has always been keeping a track on the way player has been shaping and the benefits he brings in to the team. If not for Fernandinho, City could have lost the game which would have taken the points gap to 11 between Liverpool and Manchester City.

Thanks to Fernandinho that City stand second at 50 points, only 4 points away from Liverpool standing tall at 54.