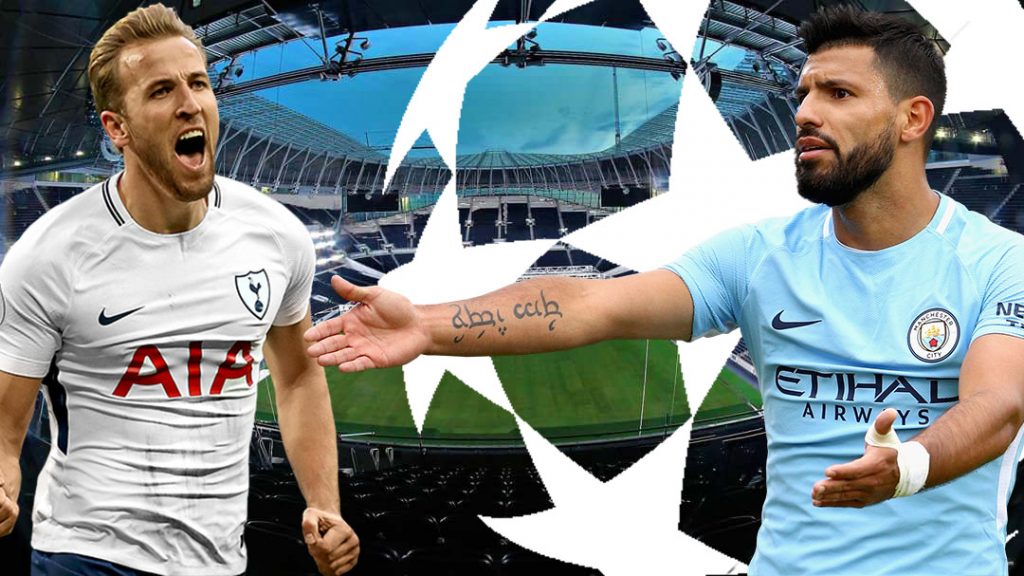 The spectators night will be young today as they will witness an exhilarating battle between the Premier league teams in the quarter final first leg of UEFA Champions League. Formidable Manchester City guided by Guardialo will take on the host Tottenham Spurs stewarded by Pochettino.

There will be an head to head fight between the two leading strikes of both the teams. Harry Kane, young and bulky, striker of the Spurs will compete with the veteran striker of Man city, Sergio Aguero.

Harry has already added 5 goals to his tally in 7 games played of the Champions League this year and having one assist until now. The English captain is so much so good, even Pep Guardiola was all praises in an interview.

“Tottenham Hotspur is not just Harry Kane. For a long time ago, the club is strong.”

“They have a lot of potential things: how they make movements in behind, how strong they are physically in all departments, in the build-up, in set pieces, the switch of play, the play in the middle, the play outside. It’s an incredible team, I said this about them maybe 1,000 times since I came here to England.”

“But, of course, Harry Kane, who can deny that he – the number nine for the England national team – is an incredible striker. Everybody knows it. He has everything.”

The Harry Kane sized dilemma and his astonishing striking abilities will be tough to stop. The Englishman is good with either foot and equally adapt with his brutally paced headers. His towering presence is enough for the defenders to ensure their more than 100% commitment, and considering City’s weak link to be their untouched defence, one can fancy Kane scoring if his team travels up.

Harry Kane is undoubtedly England’s best but the stats of Sergio Aguero show him to be at a level higher than Harry having scored 5 goals in equal games played in this seasons Champions League.

Sergio Kun Aguero, more experienced and more importantly in his prime form has been present whenever his teams has asked. With Aguero on the mat, opposition captain only needs to focus on the fact that he needs to contain the degree of Argentine’s attack or adapt high-risk policy and allow his players to play counter-attacking football.

The man made for big matches and known for scoring in big games, Aguero surely holds the upper hand against his English compatriot who by far has not had the same season as Argentine’s. Both of them are extremely necessary for their respective teams and having said that, both need to perform because the better amongst this two will take their team through.

Will it be Golden Prince of England or will it be the Adapted son of Manchester City to clinch upper hand? My bet is on Aguero let us know yours!

READ: Will Manchester City achieve everything?

READ: Jadon Sancho come back to where you belong