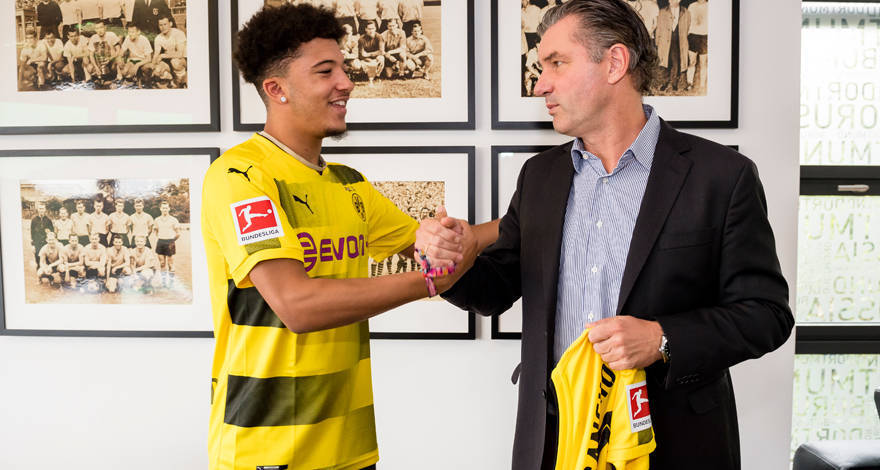 The transfer of Ousmane Dembele to Barcelona Football Club is not bygone in City of Dortmund. But the “Yellow Wall” has got something to look upon, a youngster who can prove to be better than Dembele – Yes ! You guessed it right “Jadon Sanco”.

Jadon Sancho is one of the top starlet in football right now and is certainly an Asset for Dortmund. Dortmund signed Sancho from Manchester City after the fall out of player with the club. They might have signed him for a nominal fee but this guy is “Best” at what he does. Remember he is given the “Number 7” jersey after all.

Sancho was tagged as ‘Future’ of Manchester City but he didn’t saw himself there,he had different plans. Jadon Sancho is now at BVB Dortmund and it looks like he will replace Dembele on the wings.

Sancho is only seventeen but has proved himself from time to time. He was part of England Under-17 squad which fought until the final of UEFA European U-17 Championship. Sancho was even named as player of the tournament with the stroke that he played throughout the tournament.