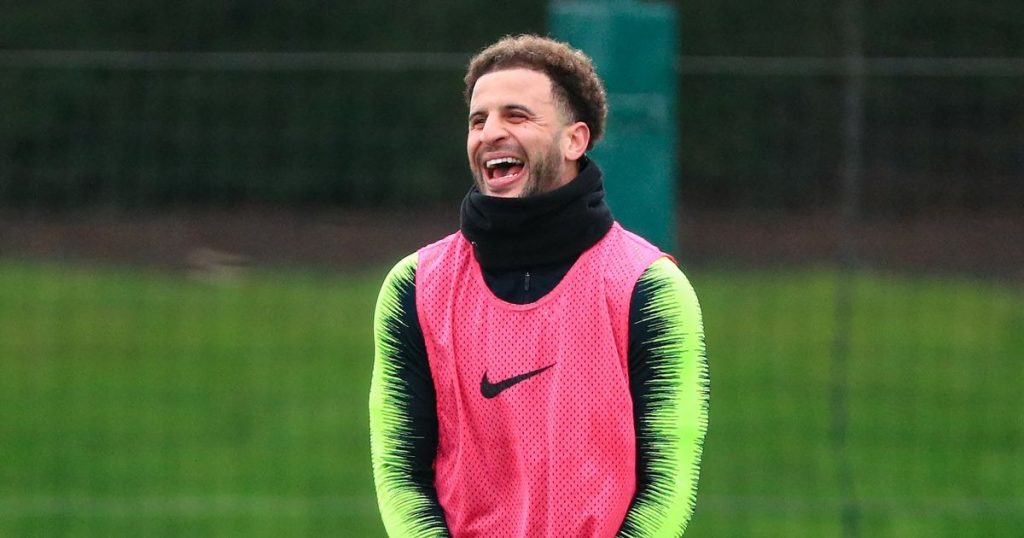 Manchester City’s arch rival Liverpool’s head coach Jurgen Klopp has took to City’s keyman Kyle Walker for poking fun at the Reds after they drew Leicester in the midweek.

The league leaders had an opportunity to move seven points adrift on the table top but they were faced by an hurdle when they were held to 1-1 stalemate by the Foxes. In the since deleted tweet, Kyle Walker posted a meme mocking Jurgen Klopp side with England’s teammate Harry Maguire image with the caption: “So basically they thought they were gonna go 7 points ahead…” 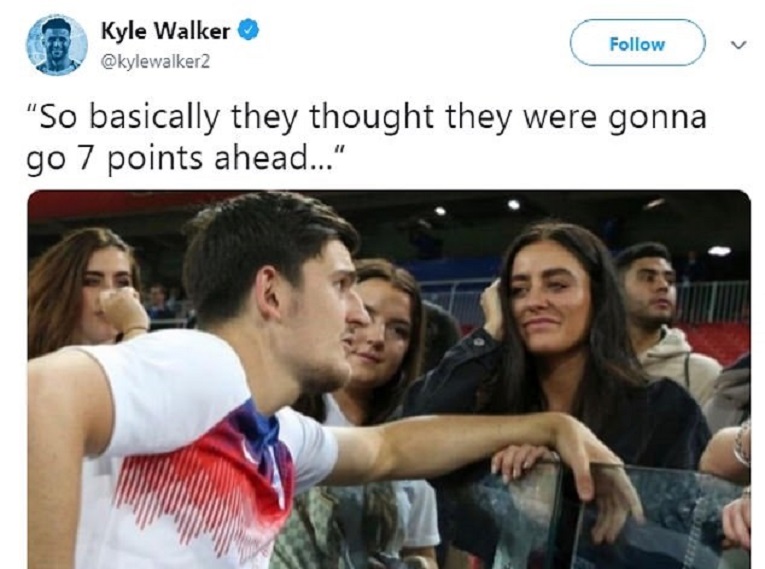 After being told about Walker’s social media post, the Merseyside based club’s boss Jurgen Klopp admitted his surprise appearing to chaff disappointment in his fellow professional.

Klopp said of Walker’s tweet (as quoted by ​The Guardian): “I cannot help that. I’m not sure what that says about us, it says a bit more about the other person

“I never celebrated another team dropping points or losing a game. For me that’s not allowed. I never ask anybody to clear one side of the pitch and leave the other in the mud.

Jurgen’s reference to ‘the pitch’ regarded criticism polished at Anfield’s groundsman for seemingly clearing the snow at halftime only from the end wherein the Reds were gonna charge.

Jurgen added: “The situation was like everybody saw, When we were warming up it started snowing, but the pitch was completely OK. Then we went in, and when we came out it was like full of hail or wet snow.

“The pitch was difficult. The first half we had 80% of the ball so only one team suffered and it was us. It was clear that our ground staff tried to clear it but they didn’t have enough man power. They realised how difficult it was when they started doing it, not before. There was no plan, nobody told them, I can swear, to clear only our side or our box.

“I hear people say it’s unsporting but it’s an advantage for them [Leicester] too. If their box is clear then it’s better to defend. It’s no coincidence that in the first half we scored a goal in a box that was full of snow. That’s how it is, we cannot change it.”