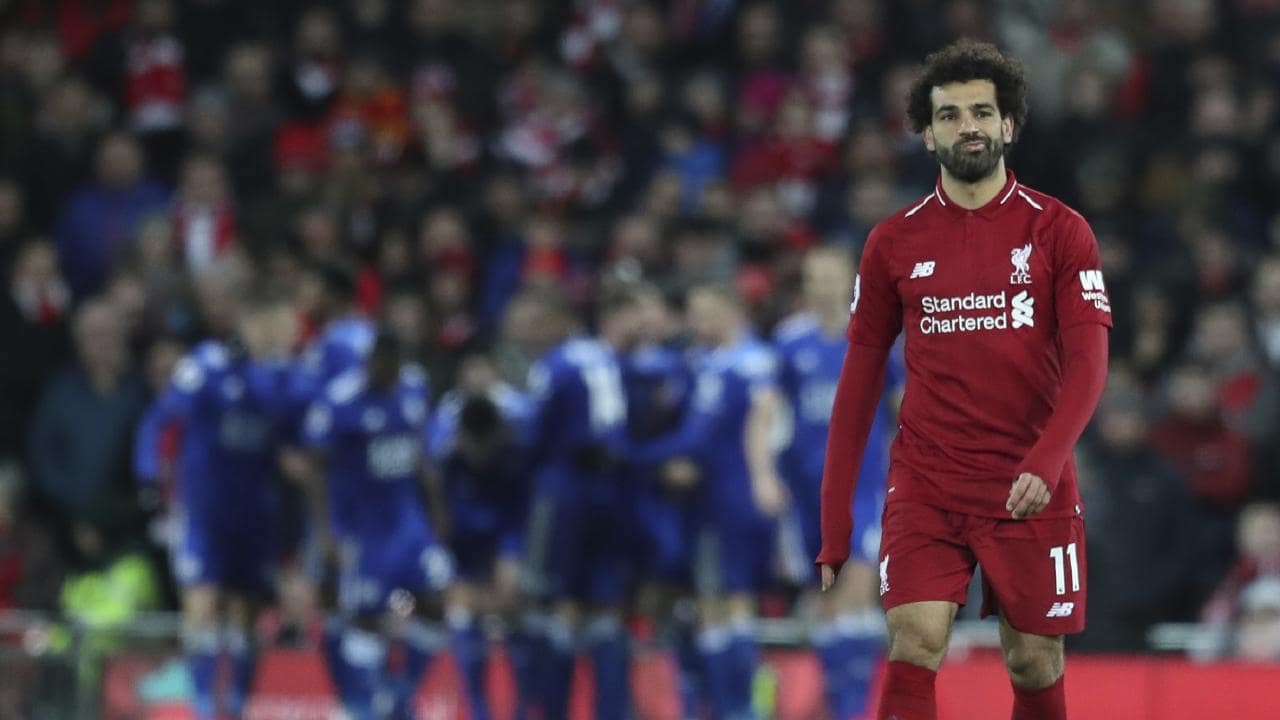 Last night, Liverpool failed to take an added advantage of Manchester City’s loss against Newcastle United. The Reds were favourites of winning the game against Leicester City, which would have taken them 7 points clear of second-placed Manchester City. After a draw with Leicester, Liverpool are only 5 points ahead of the English champions.

We do have to acknowledge the performance Liverpool has put in the last 11 games, winning 9 of them and scoring 28 points in possible 33. They only lost once this year, to Manchester City otherwise they have been well above par. Manchester City on the other hand have been dreary in last 11 games of theirs, amassing only 21 points owing to 4 losses and 7 wins.

Manchester City have now been finally gifted by Liverpool to bridge the gap between the two teams. There are only 13 more fixtures to play, of which the deciders will be the games of big rivals. Manchester City and Liverpool both have a quintet of tough battles coming their way. In the battle of big games, it will interesting to watch which team turns out to be ‘a wolf.’

It would be interesting to watch the upcoming games of both the teams, which will help us analyse the facts of who will be nearing the trophy, earlier. Both teams have a quintet of key games, starting with Liverpool:

The Reds will face might Devils of Manchester on February 24, the Old Trafford giants have not lost a game under their new manager, although interim, he has made Manchester Red again. To defeat Manchester will be tough considering they are eyeing a top four spot too. Next up, Liverpool will face a wobbly Everton on March 3 who have not been in top form but are good enough team to cause the Reds an upset.

The next three of five big games, Liverpool will face a determined Spurs team on March 31, who are expecting an unexpected number 1 finish. Following that, the Merseyside will host Sarri’s troop April 31, who will also be eyeing a top four finish. And on the final day, the Reds will be facing electrifying Wolves who can be tough under any circumstances.

Manchester City on the other hand will be facing Arsenal on February 3, who have been good enough to cause upset when the day is theirs. Next up will be Chelsea on February 10, where the Sarriball will play against Tiki Taka in order to take revenge of reverse fixture.

The deadliest of all will be Manchester Derby against United on March 16, the same team which delayed Manchester City’s title triumph last year by defeating them. Tottenham Hotspur on April 20 and Brighton on the final day will also be the teams who could gap the title chances of Manchester City.

On paper, City are facing tougher 5 opponents as compared to Liverpool’s. But given the vulnerability of Liverpool’s attitude in the past, City just need a game or two to match the Reds and make their title race on tenterhooks. The best we can hope as a City fans is Pep Guardiola releasing his mastermind tactics on the pitch, more often than not.

READ: Teams have found a way to beat Manchester City and this is how