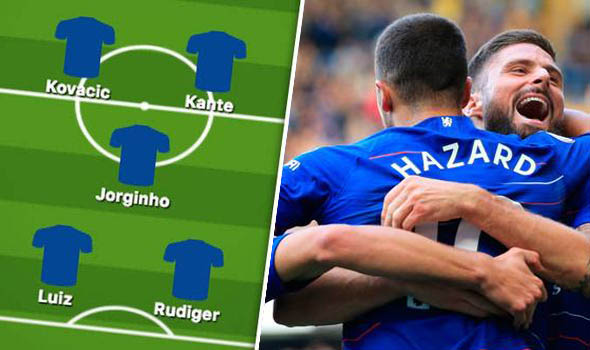 Manchester City make the trip to Stamford Bridge in order to face Chelsea in the Premier League, hoping to regain the top spot after coming down to Liverpool who won quite impressively against Bournemouth earlier today.

Pep Guardiola’s Manchester City are currently setting the pace for the Premier League as they have racked up 41 points in 15 games yet to face defeat in England’s top flight this season. As brilliant as City have been in offensive situations, scoring 45 goals so far, to have conceded just seven goals in 15 games is just outstanding. It will be near impossible for teams to catch up with them in terms of goal difference, but their nearest competitors Liverpool are trying their best to stay intact.

This game has all the ingredients to be one of the games of the season, but we have witnessed some big games ending in stalemates this season. But with some serious star attackers on display, it’s highly unlikely that this game could end goalless.

How we line-up at Stamford Bridge! 🙌

The Chelsea team news is in and here’s how we line up! 👊#CHEMCI pic.twitter.com/dRlYzS5TdB