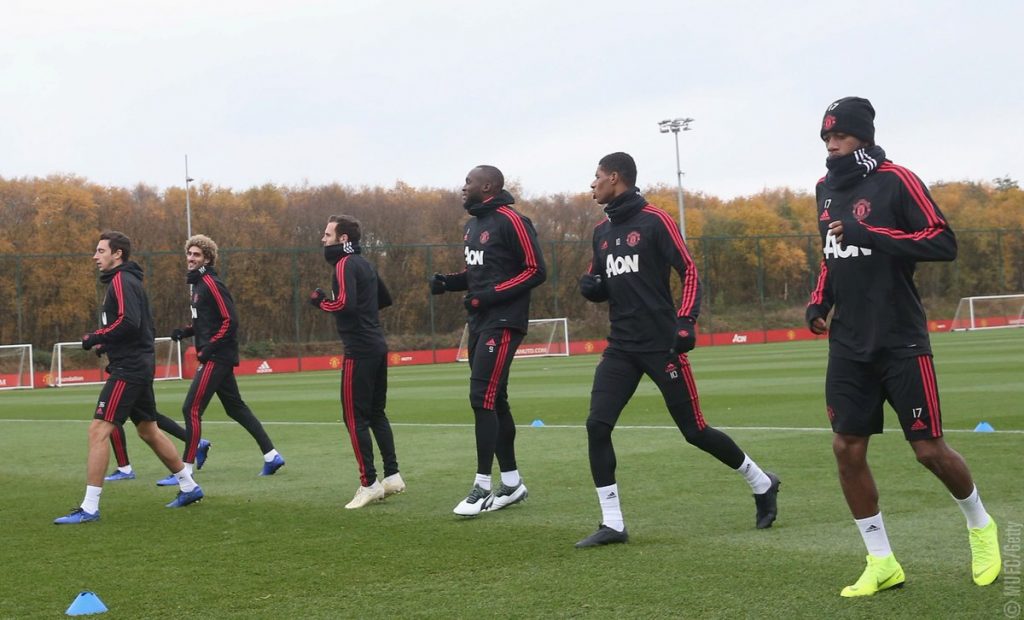 Manchester United are scheduled to visit Manchester City’s Etihad on Sunday as its time for most exciting derby.

The last time when Jose Mourinho side visited Etihad was the time when United delayed Manchester City from claiming the Premier League title. City were just 45 minutes away from the Premier League title with a 2-0 halftime lead. But an astounding second-half comeback from Manchester United put the party on hold. Paul Pogba scored twice inside the 10 minutes of second half stunned Guardiola’s men before Chris Smalling securing 3-2 win at Etihad, putting title celebrations on hold and forcing them to wait another week.

Manchester United is expected to go for a 4-3-3 formation and today we will try picking up the probable XI who could feature for Jose Mourinho’s side against Manchester City.

De Gea’s poor performance has come under spotlight recently but you can never rule this man out. He could have a busy evening against an in-form City attack.

Injury to full-backs Antonio Valencia and Diogo Dalot means Ashley Young will be expected to retain his place while Luke Shaw should start  on the left. The Englishman has zipped every diss he faced off critics with his solid defence and agility.

Chris Smalling and Victor Lindelof will probably take charge in the centre of the defence. The duo have been composed and consistent, with both defenders racking up 40 clearances each in the league this season, they are poised to trouble City’s attack.

The midfield is presumed to be same as it was against Juventus, earning an unexpected victory in midweek.

Nemanja Matic is expected to take his place as defensive midfielder followed by Paul Pogba and Ander Herrera in front. Marouane Fellaini is fit from injury and is expected to make an appearance from the bench rather than starting the match.

Who will play at front remains a dilemma for Mourinho. The big question ahead of big match is Romelu Lukaku’s fitness, who Mourinho says could return from his recent lay-off.

Even the fully-fit Lukaku is out of form and hasn’t scored in his past nine appearances. He could start on the bench if he recovers in time for the game.

Alexis Sanchez, who started up against Juventus in midweek could retain his place, irrespective of Lukaku’s fitness. Anthony Martial has been in red-hot form having scored five goals in his last four Premier League games and could retain his place on left flank. While on the opposite flank Jesse Lingard could be pushed out wide ahead of Juan Mata and Marcus Rashford.