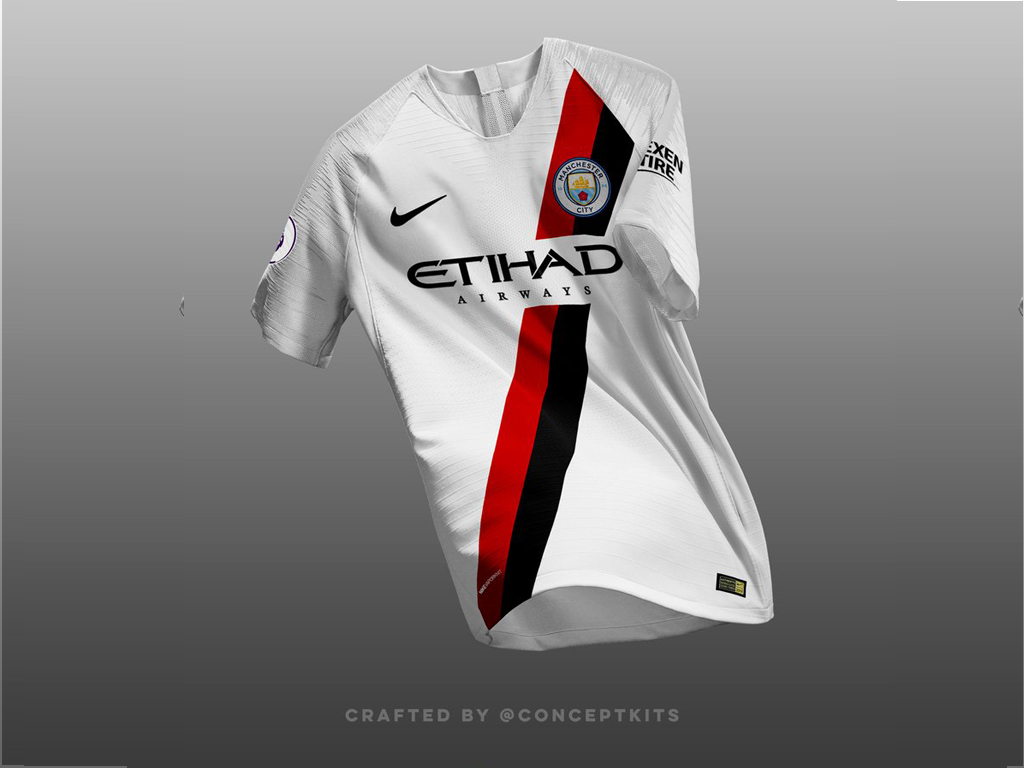 Everyone at Manchester City football club can be quite proud of the team’s achievements last season.

Last week City released their 2018/19 away kit and supporters are nearly waiting for Man City’s 2018/19 third kit. City have got the fans waiting for the third strip too much that some fans came up with their own artistic ideas – and it’s awesome.

The kit design posted by @conceptkits on twitter is white shirt which features a zig-zag detailing along the top of the sleeves. It has a classy red and black diagonal sash from the left shoulder.