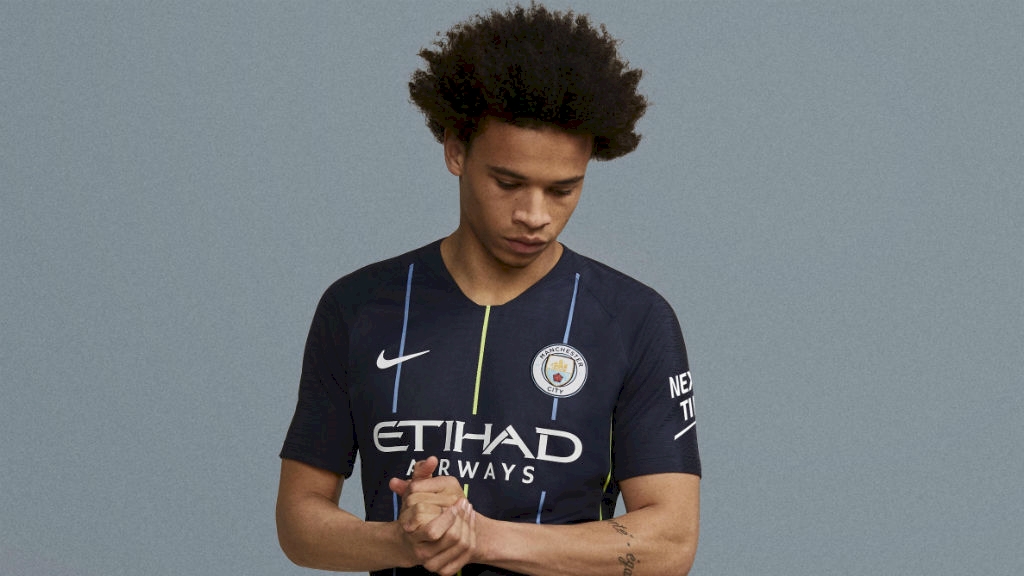 Manchester City have finally unveiled the new 2018/19 away kit.

The 2018/2019 away kit is dark navy and features lime green and sky blue pinstripes on the front. The kit will feature a zig-zag detailing along the top of the sleeves and on the sides of the shorts.

At the neck of the t-shirt, we can see two simple blue and lime colored tapes along with a pride graphic that simply reads “#MANCITY”

The new kit will be previewed for the first time during City’s pre-season clash against Liverpool in New York on July 25,

An official statement from Nike read: “The 2018/19 away kits for Manchester City FC harks back to two decades ago, when the 1998/99 squad won what many consider as the most important game in the club’s history, and sparked the modern-day revival of its winning ways.”

“The dark blue shirt with field blue and yellow pinstripes down the front and back recall the club’s away shirt for a play-off final against Gillingham. After being down 2-0 at the end of normal time, City scored two dramatic injury-time goals and later won the match on penalties, taking them back up to Division One.

“Volt-coloured socks with a dark blue band around the shin completes the fresh look for the Premier League champions.” 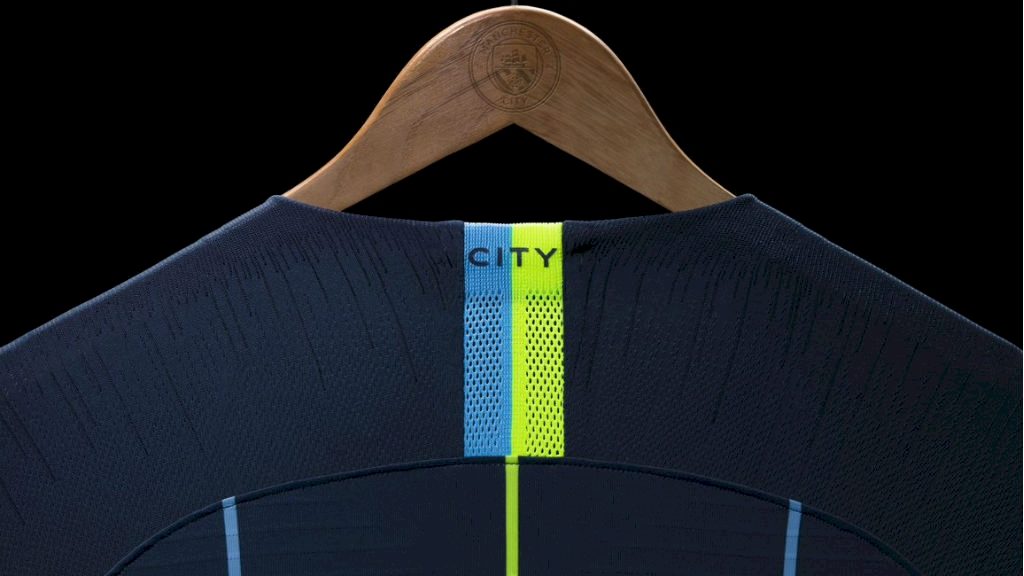 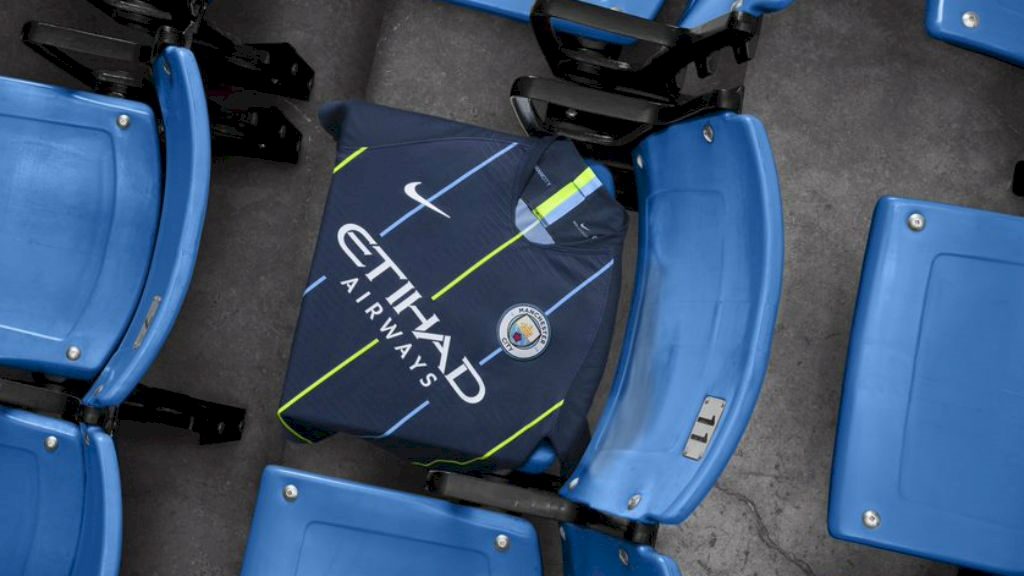 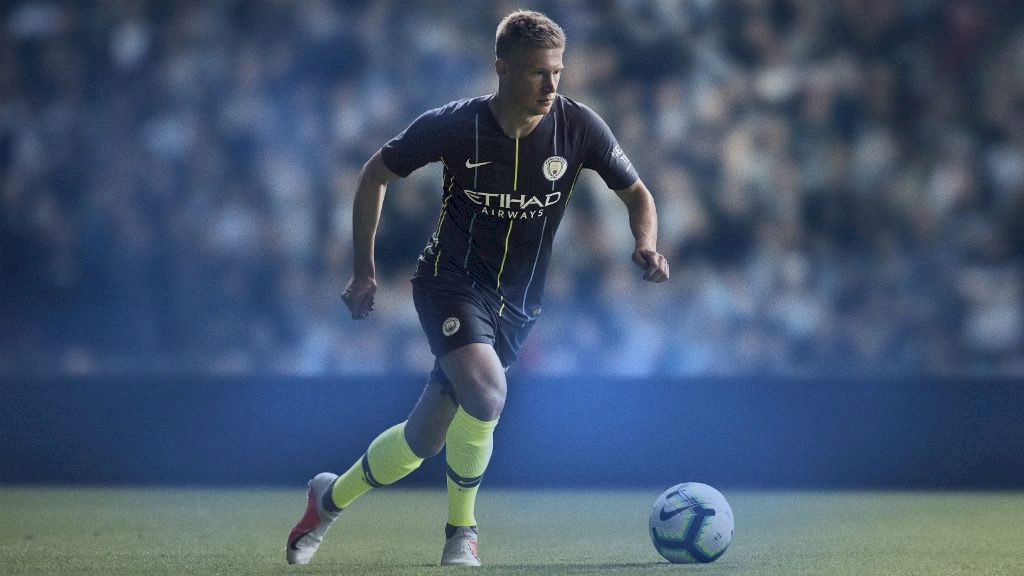 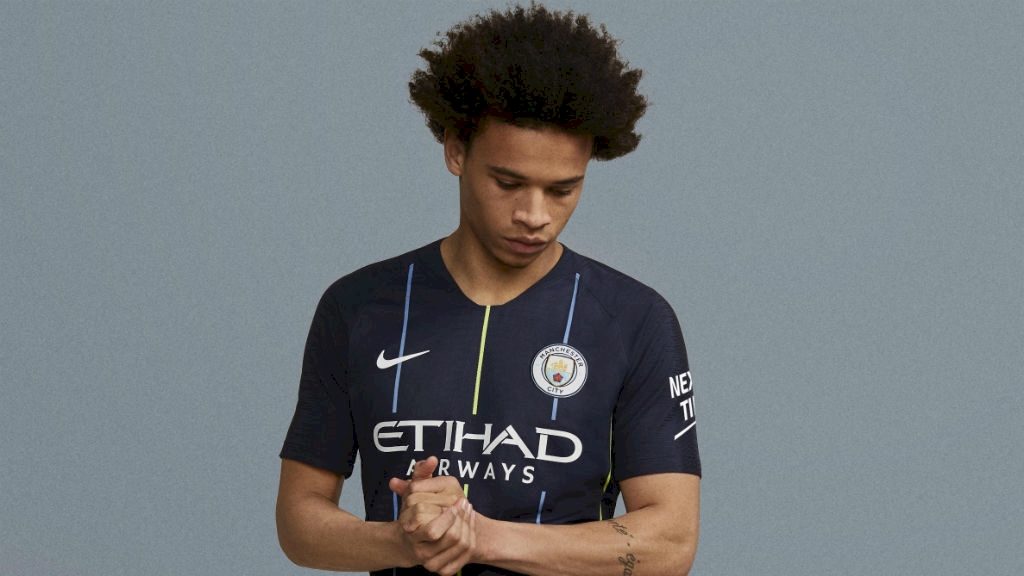