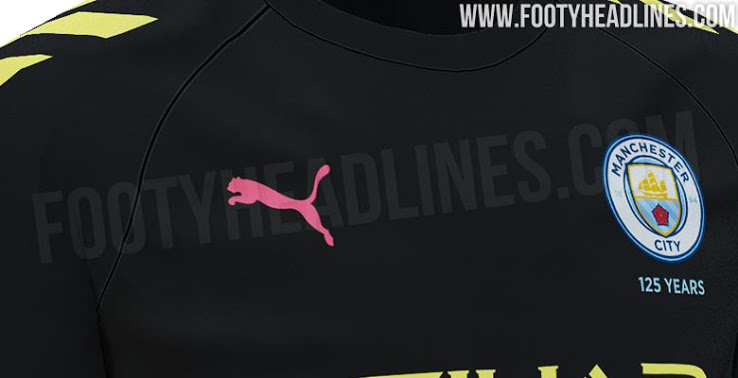 Manchester City’s yet another conventionally disliked kit has been leaked online. The kit, designed by Puma is wholly black with a pink logo and a yellow sponsor patch affixed with it.

Based on the leaked picture, here’s a gist of thinks I could note down. The bold black kit of Manchester City will be featured by the players while travelling elsewhere. The design is kind of a tribute/homage to the legendary ‘Hacienda’ nightclub situated in Manchester.

The official kits will be released in July by Puma who has taken over Nike as the jersey producer of Manchester City. Until then, City will be connected with Nike.

Just to walk into the details of the away jersey for season 2019-2020, we’ll see a dominant black jersey with a Puma Logo on the right chest, coloured pink and a yellow coloured Etihad sponsor patch.

Apart from the formalities of jersey, it will also feature a mark of City’s 125th anniversary. Just like the home and third kit, Man City away shirt also commemorates the anniversary.

To complete the kit that has pink and blue form strips also to pay homage to ‘Hacienda’ night club, we’ll have black shorts and socks.

The Nike deal will finish on June 30. Until 30, we’ll have to keep ourselves enthusiastic and all waiting to see the kit that will be donned by our players. Perhaps, 30 June is what decides whether or not the leaked jerseys will be true. 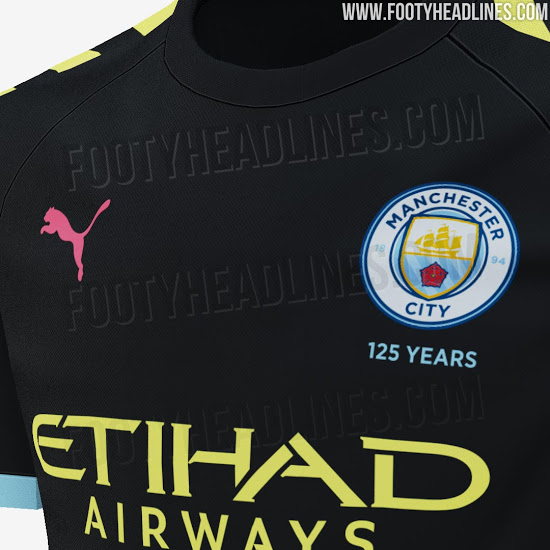 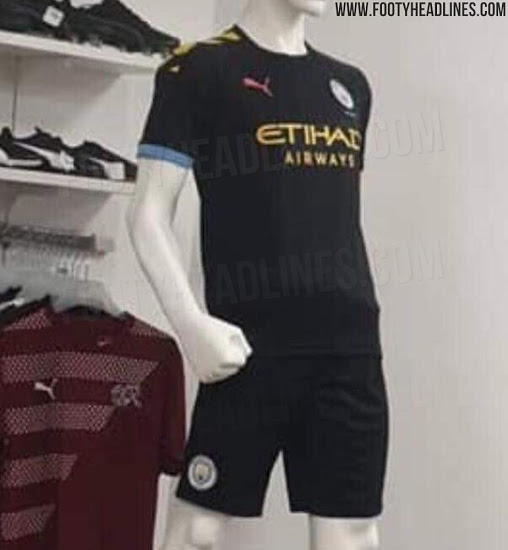