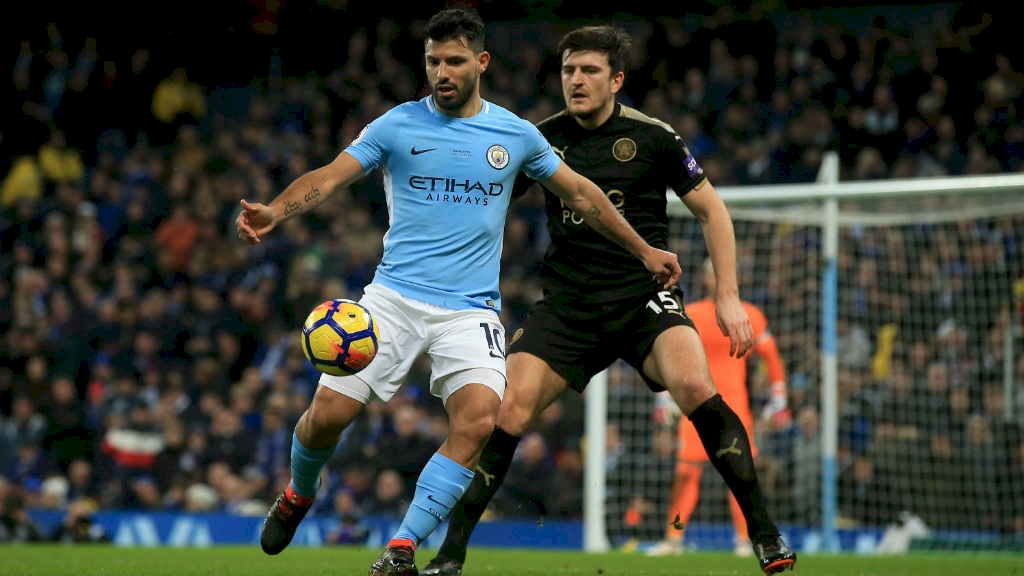 A hat-trick of assists and goals against Leicester took Pep Guardiola side 16 points clear at the top of league table.

This is how the teams lined-up for the big occasion

Manchester City opening goal by Raheem Sterling been equalized in first-half as Jamie Vardy skips past Gundogan, shifts it a yard and fires past Ederson and becoming the first player ever to put his his name score-sheet against Arsenal, Chelsea, Liverpool, Man City, Man Utd & Spurs in the same PL season. 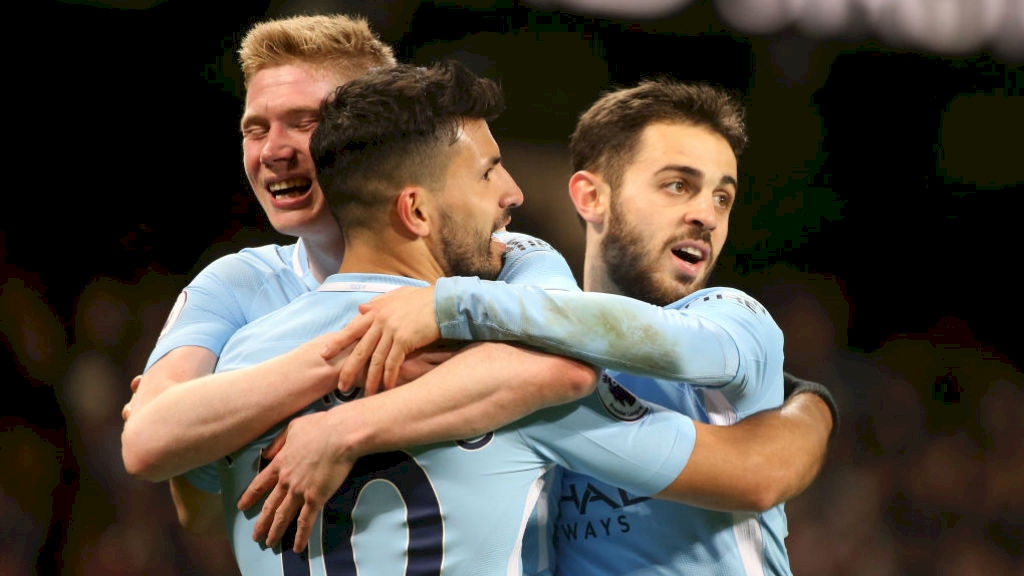 In the second-half, Aguero’s two early goal, De Bruyne again the provider for both the goals gave City the lead in the match. That was a hat-trick of assists for Kevin De Bruyne. Also the prolific Argentine wasn’t finished. Man City top scorer find a way out to intercept Schmeichel’s casual pass to Dragovic and chips it beautifully to complete his twelfth City hat-trick.

And in final minute, Sergio Aguero gets his fourth of the game – a shot from 20 yards that struck the underside of the crossbar to send the Etihad wild.

Man of the match: Sergio Aguero

Paul Dickov: “It’s hard to compare era’s. There’s Manchester United under Sir Alex Ferguson and the Invincibles – But this team is better. People will say they haven’t won anything – they’ve already won the league. The confidence, the enthusiasm, the age of the team. This team will go down as one of the best ever.”

“When one guy scores four goals, he [Sergio Agüero] deserves all the credit. He fought, he played really good, he scored goals. In Burnley we miss a lot of chances but today we were there. We are strong at home. We feel comfortable here at home.”

“Today it is 16, tomorrow it could be 13. There is still a lot to play but I don’t know what will happen. But to have 72 points in February, it’s a lot. I would like to take that question after 38 games. We have a lot of injuries and in the next games if we get players back, it will be good.

“But so far it’s been so good. We enjoy what we have done a lot, but we need to lift titles. If we can keep this spirit for the rest of the season, for the other teams it will be tough.”