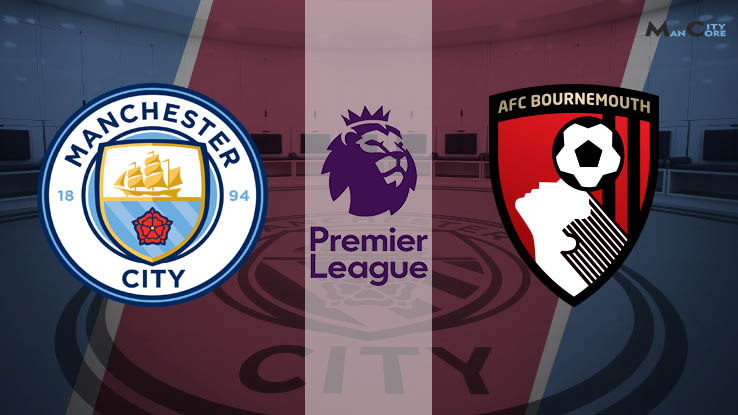 Pep Guardiola’s men had to depend upon Raheem Sterling’s late grasp winner when the two met previously in the league at Vitality stadium but this time there won’t be such late dramas.

Manchester City picked up their 16th consecutive victory since their draw against Everton in August with a decorated 4-1 win over Tottenham. A brace from Raheem Sterling followed by goals from De Bruyne and Ikay Gundogan ensured that they have beaten each of the top four major titles contenders in the first period of the season.

Goals been flooded in each and every game Citizens are overpowering their opponents and Eddie Howe’s Bournemouth are expected to face such calamity at the devil’s playground. City had sort of turbulent league cup affairs against Leicester in the midweek where they qualified to the semifinals from penalty shootout but it is expected it won’t take a toll on regular starters.

Bournemouth had some high prolific actions against Chelsea in the Carabao Cup where they almost knocked the champions out of the competition, ultimately saved by Alvaro Morata’s late stunner, but returning to league actions they face the table toppers who are ruthless and unstoppable. Currently, they sit at 16th position on the points table, two points clear of the drop zone. That means another defeat and success reached by fellow strugglers will pull them down to the unwanted spot once again.

The game is scheduled to take place on Saturday, 23 December 2017 at  Etihad Stadium in afternoon time.

Manchester City won’t change the eleven they introduced against Tottenham. That means Ilkay Gundogan will make his consecutive start following David Silva’s absent from action due to family reasons.

Benjamin Mendy is ruled out till April through a cruciate ligament injury. John Stones is also a long term absentee.
There is little chance for Vincent Kompany to feature while Mangala will continue to partner Otamendi.

Eddie However has a full packed team with minimum injury concerns. Jermain Defoe is regaining his goal scoring form and will look up this fixture as a perfect ground to prevent City’s unbeatable run.

Charlie Daniel who scored a wonder in the vitality stadium earlier in the league against the opposition they will face on Saturday will start from the first.

Tyrone Mines (back) and Brad Smith (back) will not feature for Bournemouth for this clash.

It is hard to spot out any individual who will turn the course of the game seeing City’s battle for the title but a well defined character in Kevin De Bruyne presence is enough for any team to determine the scoreline of a match. The Belgian has constructed himself to be the best under Guardiola and his consistency game by game has shown his reach to drive City forward. Even in the game against Spurs, not only did he gain praise by scoring a goal but overall composer he produced on the ball. Against Bournemouth, he will be aiming for more with his silky moves and glory passes.