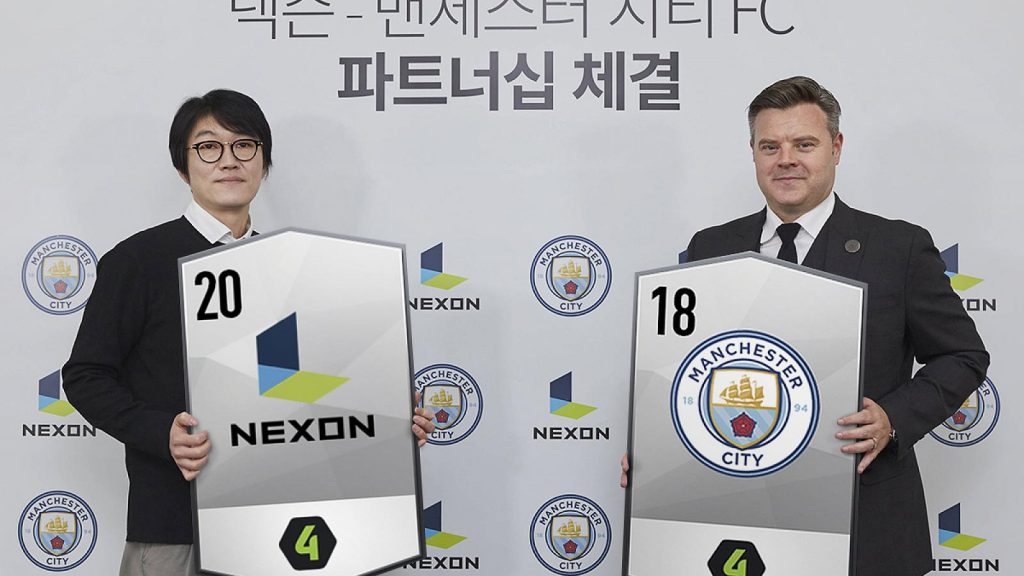 Man City looks forward to increase its eSports presence by taking “Nexon – The Korean gaming company” on board as official football gaming partner.

Nexon comes on board as our official EA SPORTS FIFA Online gaming partner in South Korea, with several collaborations planned.

Nexon has worked with EA sports down the line to develop FIFA Online game. Manchester City has partnered with Nexon for its upcoming game called “FIFA Online 4”. The club will be launching numerous esports events for the FIFA Online 4 players and the Korean Football fans in partnership.

FIFA Online 4 will enter “Open Beta” on 17 May, with players of FIFA Online 3 able to exchange current game points for items in the sequel starting this week.

Words by Damian Willoughby, senior vice-president of partnerships at City Football Group
“Fifa Online is one of Nexon’s most successful titles and one of the most recognised titles in Asia, boasting a passionate community of online users. Through this partnership, we look forward to engaging with FIFA online users in Korea and enhancing the game they love by developing in-game experiences and digital content.

“We are also delighted to be extending our footprint in Korea, an important market for Manchester City, and doing so with a partner who will help us to further engage with our fans here.”

Words by Jeonghun Lee, chief executive officer of Nexon
“It’s a great honour to work shoulder to shoulder with one of the Premier League’s leading football clubs, and I hope our partnership will diversify both the online and offline football experience for Fifa Online 4 players.”