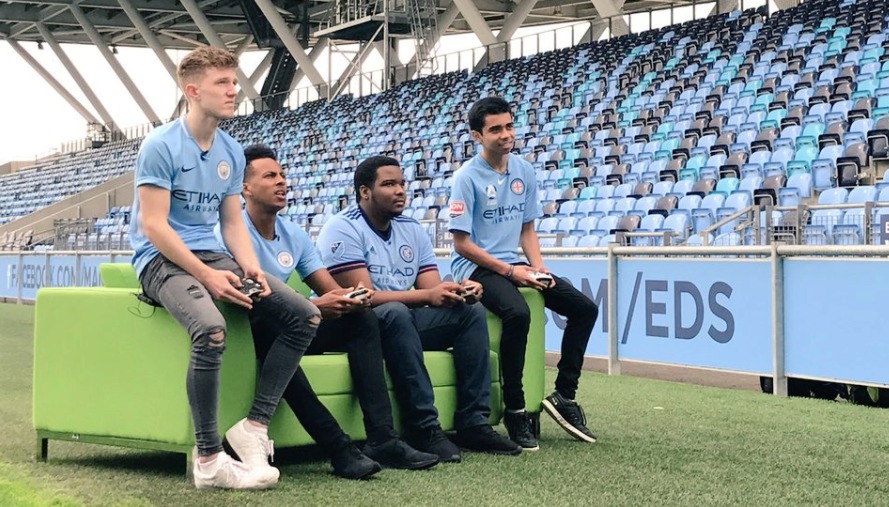 Since 2004, Electronic Arts’ FIFA franchise has been the game of choice for the FIFA eWorld Cup. Following that, the next 16 years have seen the eSports sector reach new heights, with predictions suggesting that the industry will generate a market revenue of approximately £1.5 billion by 2022, according to Statista. So, let’s take a look at Manchester City’s position within the eSports world.

What is an eSports Team?

Like many established football clubs around the globe, Manchester City have their own eSports team which represents them in the competitive world of FIFA gameplay. The Citizens signed their first eSports player, Kieran Brown, back in 2016 as the six-time Premier League champions looked to launch an off-the-field assault on the virtual football world. Since being founded almost four years ago, the Manchester side’s eSports team have, like the professional football team, tasted success in their respective field.

Over the last few years, City have made strides to enhance their standing within the eSports world, with their efforts seeing them collaborate within Nexon as a social football partner in South Korea. Following that, City’s competitive gaming team entered numerous different competitions, such as the FUT Champions Cup, across various platforms in 2019, including PC, PlayStation, and Xbox. Furthermore, the Sky Blues announced a further partnership with FaZe Clan, the most popular eSports organisation in the world, in an effort to bring fans of eSports and football together last year.

At present, there are seven active players on the Manchester-based club’s eSports rooster. The longest-serving member being A Ru Ya, who, according to Esports Earnings, is ranked at number 1354 within China. Ru Ya is one of five Chinese players, with Chen Yu, Deng Shi-Ping, Yao Ya-Xun, and Zheng Shen also representing the club. At the People Premier League in 2019, Ru Ya, Shen, and Ya-Xun were victorious after defeating Paris Saint-Germain’s Chinese owned team, PSG. LGD, 2-0 in the final of the event.

In addition to the above players, Ryan Pessoa and Shaun Springette are also on the active player rooster, with Pessoa being the most recent addition to the side. The 21-year-old was previously at Hashtag United but opted to join the Sky Blues in November 2019 after being impressed by the club’s eSports ambitions.

Similarly to the first-team squad, there have been changes in personnel within City’s eSports team since it was founded. Despite being the first player signed by the Citizens to represent them in the gaming world, Brown is no longer with the club. Much like professional football, eSports players also move to different clubs, with Kai Wollin leaving City in September 2019 to join Bayer Leverkusen.

How Does it Work?

When compared to real-world football, there are many similarities within the eSports world in relation to different competitions being structured in various ways. For example, the upcoming ePremier League requires teams to qualify, with City hosting an event in the Legends Lounge at the Etihad Stadium to determine who claims a place in the league. By comparison, the FIFA eWorld Cup adopts a qualification and knockout stage, similar to that of the real-world equivalent.

Moreover, given how immensely popular organised gaming events have become, spectators can now also bet on the outcomes of competitive fixtures, much like they can with real-world matches. While there are many top-rated eSports betting sites to choose from, each provides users with varying types of bets. For example, some online operators enable you to bet outright on the winners of a tournament, in addition to also offering single match bets, which cover individual matches.

Making Strides On and Off the Field

It’s no secret that since Sheikh Mansour took over Manchester City in 2008, the Sky Blues have become one of the most influential players in the sporting world. That said, they’ve also been making waves in the competitive gaming world since 2016. City’s partnership with FaZe Clan, as well as their hosting of an ePremier League qualifying event, highlights just how much the club have been able to raise their profile in the eSports industry over the last few years.