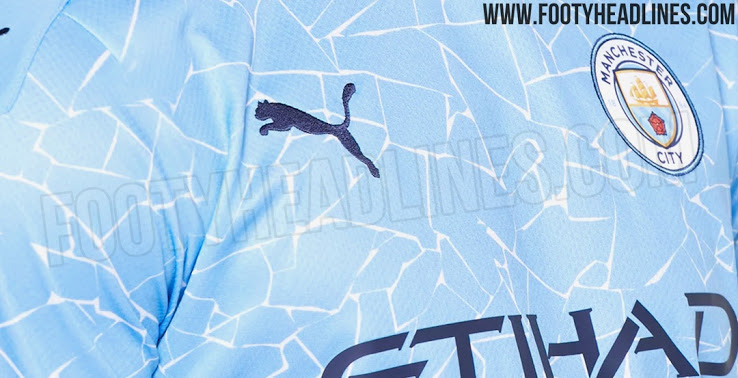 Manchester City were supposed to release 2020/21 home shirt in the current month, but owing to the pandemic delaying the end of current season – its highly unlikely that City would announce anything about the next season before the conclusion of the ongoing season and according to report by FootyHeadlines, the launch is more likely to be pushed to July.

In the leaked kit online, Puma and City have collaborated on ‘cracked’ design for the home shirt which has split opinions of the fans with some arguing it’d look decent when fitted on the player. 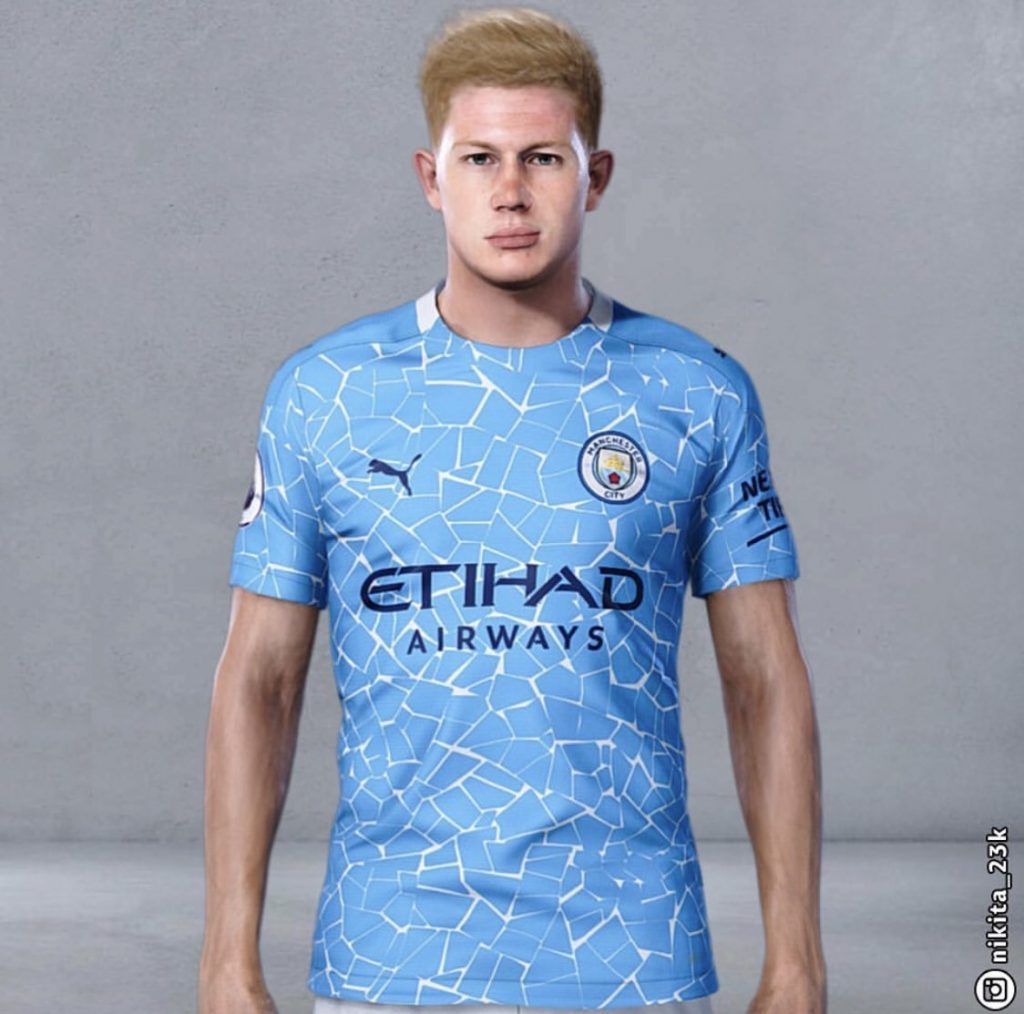 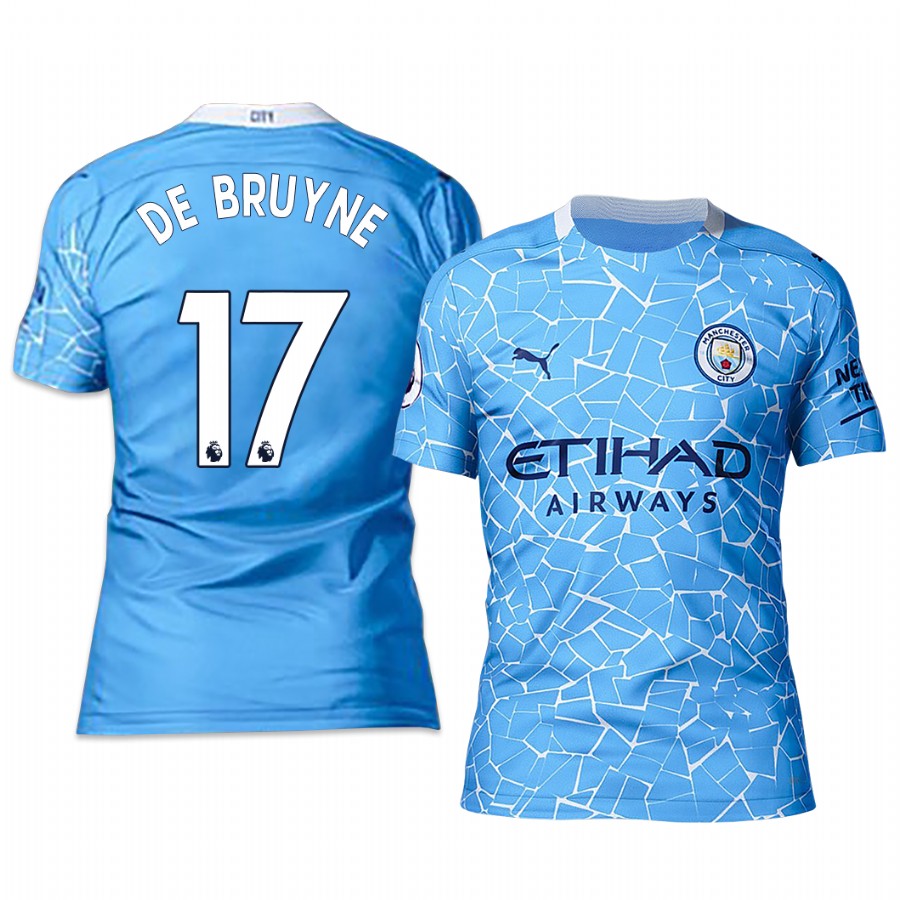 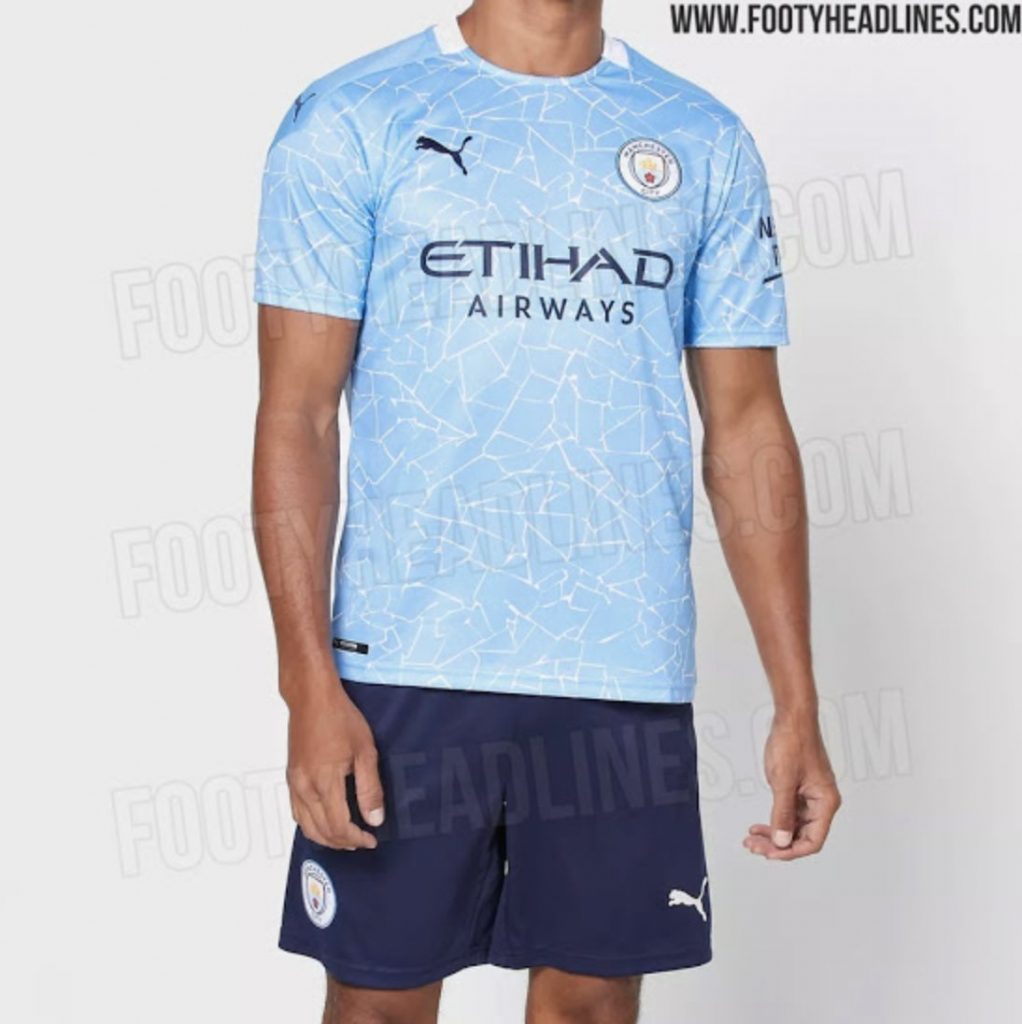 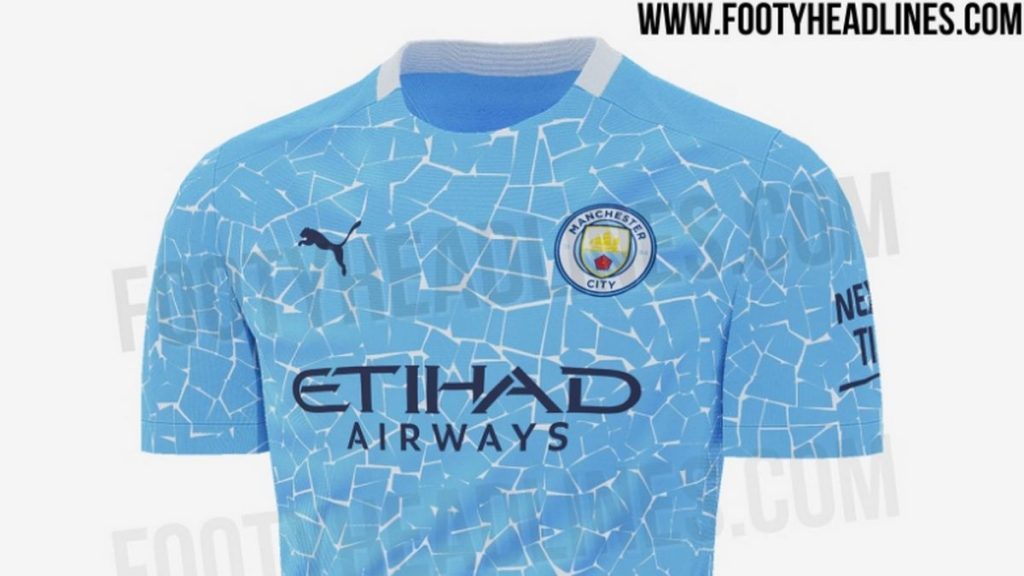 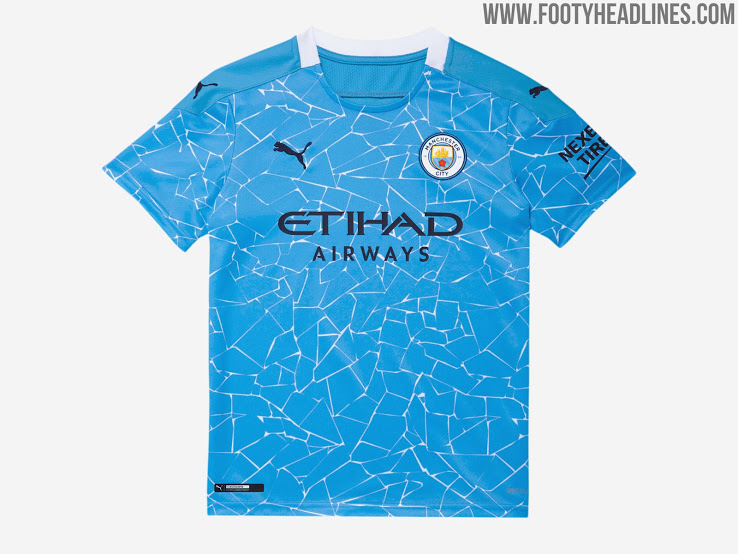 Although there is no official announcement from club or Puma over the same. Footyheadlines has also released images of City’s third kit.