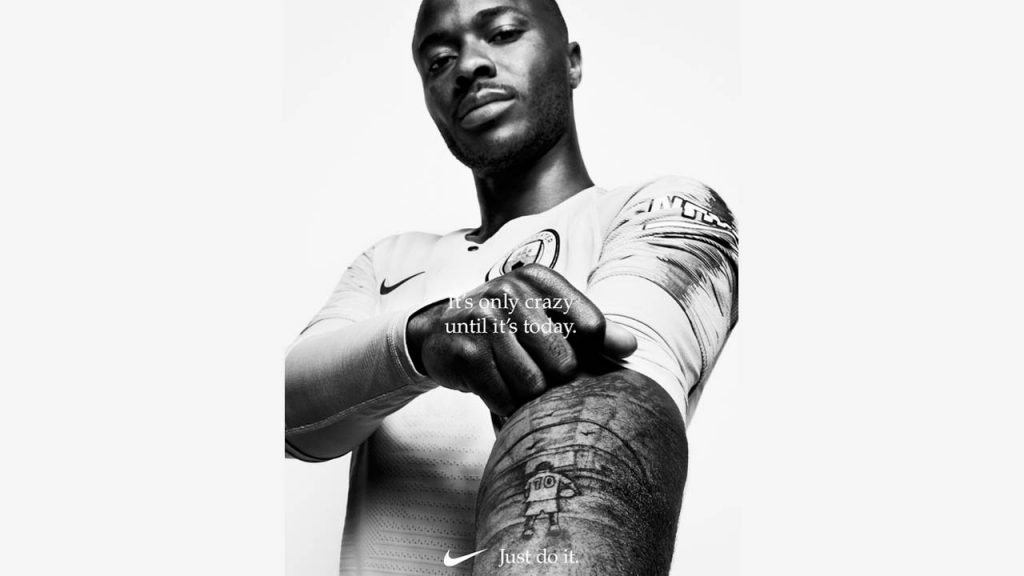 Raheem Sterling has established himself as one of the most anticipated players in the Premier League and around the globe with Manchester City under the tutelage of Pep Guardiola.

With fame comes big cheques these days and Liverpool academy graduate is on verge of one!

Sterling’s deal with Nike comes to an end in June, and he is unlikely to continue with the swoosh as Manchester City’s kit sponsor PUMA are labelled favorites to sign the Englishman.

Raheem Sterling already has bunch of his mates at City represented by Puma, starting from boss Pep Guardiola and Sergio Aguero, Oleksandr Zinchenko and David Silva are already tied to the brand.

Nike were in close negotiations with Sterling for contract extension which would see him as brand’s lead ambassador alongside the likes of Cristiano Ronaldo, Kylian Mbappe and LeBron James. But the fact that City are already tied with Puma helps them them to pursue an £100 million deal with the Manchester City winger.

Raheem Sterling joined Manchester City from rivals Liverpool for £49 million back in 2016, a deal over which the Reds would be kicking themselves as the Englishman has established himself as one of the best in the world. Sterling has helped the Cityzens lift couple of League titles and played an instrumental role in City’s domestic treble last year.

This season, Raheem has twenty goals in thirty-nine appearances alongside seven assists before the pandemic pressed halt to all the footballing activities around the globe.