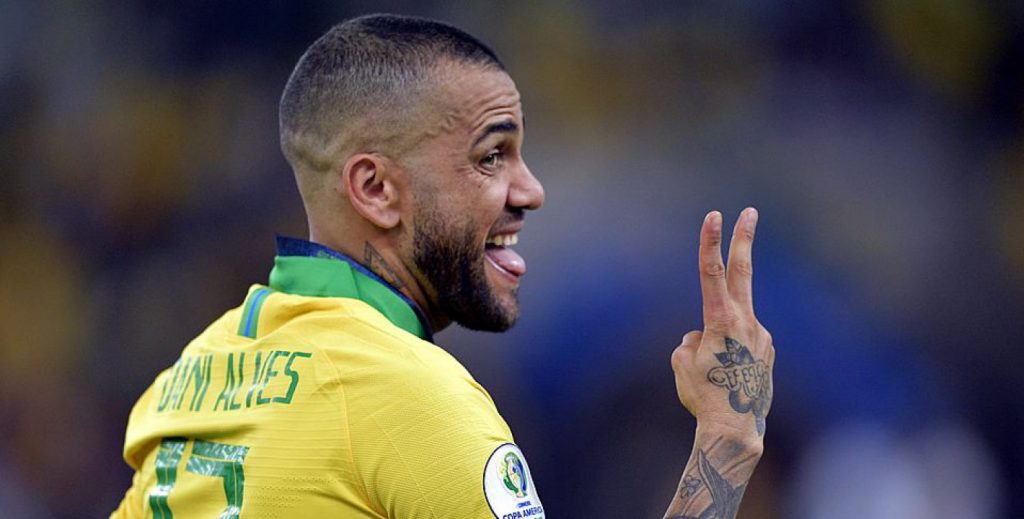 According to the latest reports, Premier League champions Manchester City are looking to negotiate a deal for Brazilian superstar Dani Alves in the summer transfer window.

The English giants have already strengthened they’re left back zone by adding Angelino to their defensive ranks and now Pep Guardiola wants to add reinforcements to his right back position. The Spanish boss has is chasing the elusive Champions League title after creating history with Manchester City.

The 48-year-old Guardiola won back to back Premier League titles with Manchester City as they stormed the English league amassing a staggering 100 points and 98 points respectively. This season, Manchester City became the first club in the history to complete the domestic treble of the Premier League, FA Cup, and League Cup as well.

However, in order to maintain that high standard of football, Manchester City may have to purchase a few players in the summer transfer window to keep up the intensity. The blue half of Manchester are looking at players that could actually benefit them and have lined up Dani Alves as an option for the summer.

The 36-year-old decided to leave the Ligue 1 champions Paris Saint Germain after two seasons in the French capital winning almost every single domestic competition with the Parisians. Alves is now a free agent but still proven that he has a lot to offer after captaining his Brazilian national squad to the Copa America title this summer.

Alves had the chance to reunite with Pep Guardiola at Manchester City back in 2017 but decided to join PSG instead. The pair had spent quite a bit of time working together during their stint at La Liga club Barcelona and are looking to try and negotiate something for the upcoming season.

Guardiola still wants to make a proper right back signing to ensure that the long term position is still occupied. Juventus right back Joao Cancelo is another option as the 25-year-old Portuguese defender is closely linked with a move to the City of Manchester Stadium in a £54 million bid.