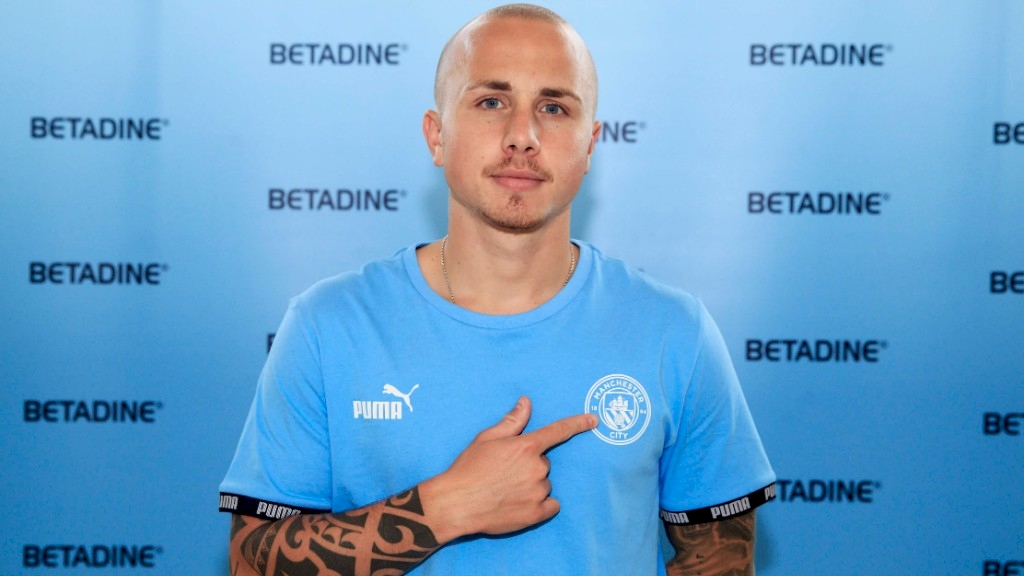 Manchester City have announced recapture of Angelino from PSV Eindhoven, who will join the Blues subject to international clearance.

The 22-year-old defender had been highly impressive for PSV since joining the Dutch side last year, scoring one goal and laying off 10 assists in the meantime.

The defender has signed a three-year contact which will keep him at the club until 2023.

SO good to have you back! 🙌 pic.twitter.com/YKOHW8L62Q

“I am thrilled to have rejoined City, a side playing incredible football under Pep Guardiola,” Angelino said.

“Watching them while playing in Holland has been a pleasure.

“City’s performances over the last two seasons have been incredible and I am very excited about returning and contributing to the Club’s bid for more success.

“I believe my own game can develop under Pep’s management and I am very confident that the Club will go from strength to strength over the next few years.”

City Director of Football Txiki Begiristain added: “Angelino is a hugely talented young player and is an accomplished defender with great potential.

“Over the past year, he has gained excellent experience playing in the Eredivisie and the Champions League with PSV Eindhoven.

“We’re sure that he will bring additional defensive quality to our squad.”