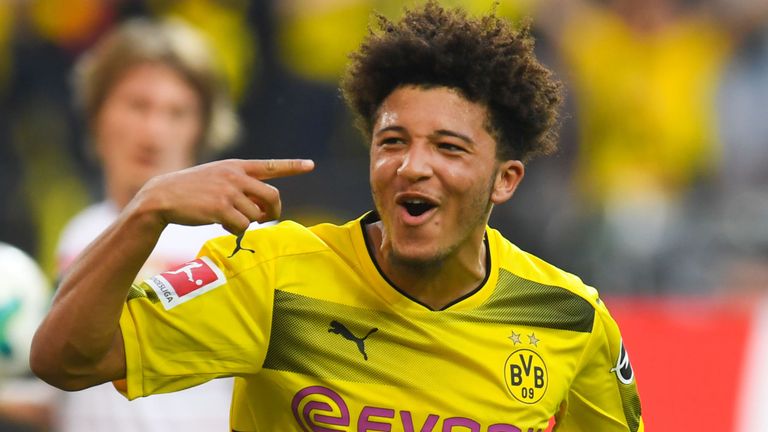 Manchester City were forced to let go of one of the best talents they possessed in Jadon Sancho last summer.

Jadon Sancho was poised for a bright future with the Blues of Manchester until pre-season turnaround last summer, and Manchester City might just have sold the England’s version of Neymar – one of the former coach of Sancho believes so.

Sancho joined Borussia Dortmund for £8million bargain. He has seduced German fans with his skills and effectiveness and has shown potential over the course of last season. He notched up six assists and one goal in fifteen appearances for Die Borussen.

Dan Micciche – who coached Sancho at U15 and U16 levels for England, has compared him with world’s most expensive player – Neymar Jr.

“Provided he doesn’t become restricted he could be our (England’s) Neymar-type player – in terms of being unpredictable, playing on that left-hand side,” Micciche told The Guardian

“And he’s flamboyant, entertaining to watch. But like Neymar he’s effective with it. In most games he’ll create something – it’s not a beauty contest. He’s not on the pitch flicking it over someone’s head for the sake of it.”

Micciche added: “What he brings to the table are ball skills – being able to play out of tight areas in a way where he can beat a player rather than having to pass it and he can do that a variety of ways. He can run with the ball at speed and go both sides.

“Even though he’s right-footed, when he’s dribbling at people on that left side he can actually go inside or outside and that makes him very difficult to defend against.”