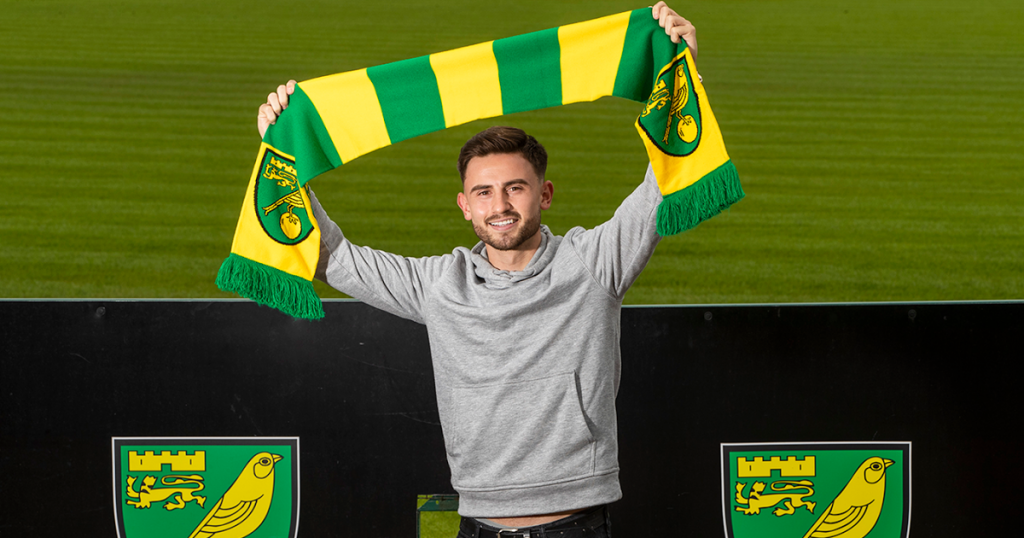 The Premier League infants, Norwich City have signed Patrick Roberts for a season-long loan. The winger, traditionally and officially is the son of Manchester City who has been on loan in order to gain proper game time and development.

Patrick Roberts was signed by City while only 18 in the year 2015 but only featured in 3 games for City before being loaned to Celtic in 2016. There in Scotland, Roberts enjoyed a brilliant run with the club winning 3 domestic titles and also being a chief constructor in their consecutive trebles win of 2017 and 2018.

For Celtic, the 22-year-old scored 18 goals while assisting 26 others in the 76 games that he had played for the Scottish giants.

Following his stay at Celtic, last year he had moved to Spain and played for Girona on loan where he could not get aplenty game-time on the pitch. The club however got relegated from the Spanish Primeria. Patrick was mainly used as a substitute in only 21 games that he had played.

Norwich City coming into the Premier League have found a virtually excellent asset. The Englishman can play on either flanks or as a wing-man to central striker.

Speaking to City, the new signing who recently extended his contract with the club until 2022 said:

“It’s great to have the deal done. I’ve known about the interest for a while.

“I’ve spoken to the manager and sporting director Stuart Webber and it was clear in my mind that I wanted to come here this season.

“I had a few other offers, the same as last season. But speaking to Stuart, he said he’s been watching me for a while and he likes the way I play.

“The manager was very enthusiastic when he spoke to me. He really enjoys the way I play and that’s a big boost of confidence for me.

“It’s good to have someone in your corner to give you the belief and opportunity to play and in return I’ll give 100 percent to Norwich and everyone at the club to repay that belief.”

Daniel Furke, the coach of Norwich City was all praises for Patrick, ever before he could see him play for real.

Speaking to City’s official website, head coach Farke added: “I’m very pleased with this signing. We made it clear that we need players with quality and good character.

“They both relate to Patrick. We have been following him for a couple of seasons. He was outstanding at Celtic but we had no chance to sign him then.

“Last season in Spain was a good experience for him. He is very skilful and down-to-earth, humble and modest.

“He is desperate to wear the yellow and green shirt and he has already proved he can play at a high level. He is a perfect fit for us.”

That’s all on Patrick Roberts, a perfect fit for Norwich City, an excellent find by Manchester City and also a fictitious asset for City with glittery years of Premier League to come.