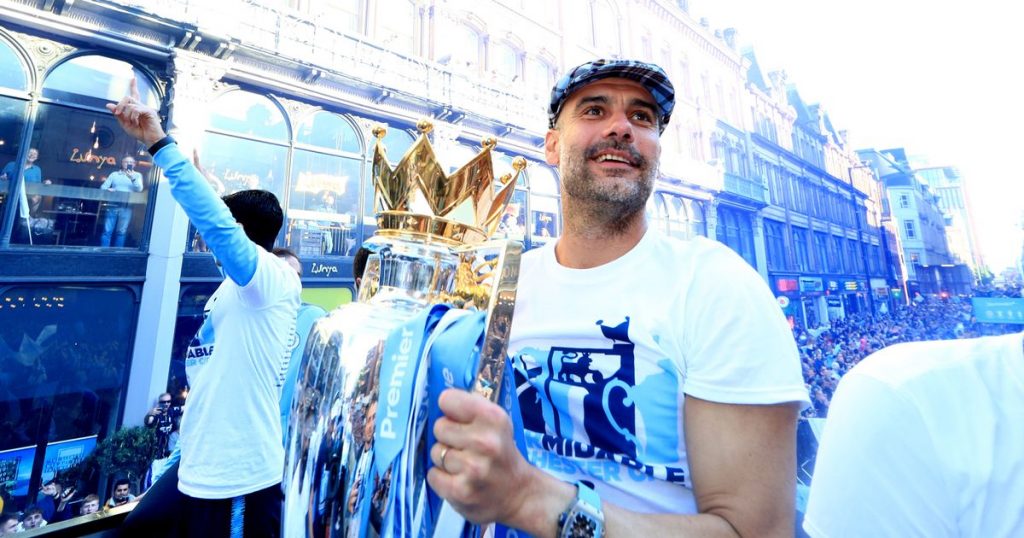 Manchester City manager Pep Guardiola has confirmed that he will consider a return back to Catalonia in the near future, following speculation around his future at the City of Manchester Stadium.

Manchester City is on course to break multiple records with the squad and players that they have at the moment. The blue half of Manchester broke the record for most points accumulated last season as they notched up a staggering 100 points and became the first club in the history of English football to complete the domestic treble of the Premier League, League Cup, and FA Cup this season.

However, despite the greatness that is being achieved by Pep Guardiola and his team over the past few terms, they are yet to win the elusive Champions League title. Along with the failure on a continental stage came the speculation of Guardiola’s future as the 48-year-old was linked with the Juventus job before ex-Chelsea head coach Maurizio Sarri filled up the void.  The Spanish boss has never managed a club for more than four seasons and with his contract at the City of Manchester Stadium expiring in 2021, Guardiola was asked whether he would return to Barcelona anytime soon.

The philosopher attained plenty of success at the Camp Nou when he won 14 trophies in four seasons during 2008-2012 and he was a team player for 11 years. The Spaniard responded by saying that he would like to return to Barcelona but not as a president.

While speaking at a presentation for the Cryuff Foundation in Els Hostalets de Pierola, Guardiola said, “I will return to Barcelona sooner or later. But as president, forget about it. To be president, you have to know [what you’re doing] and be prepared; to have knowledge that I don’t have. I’m trying to be a good coach; that hasn’t gone too badly in this decade. I will return to Barcelona to live, sooner or later.”