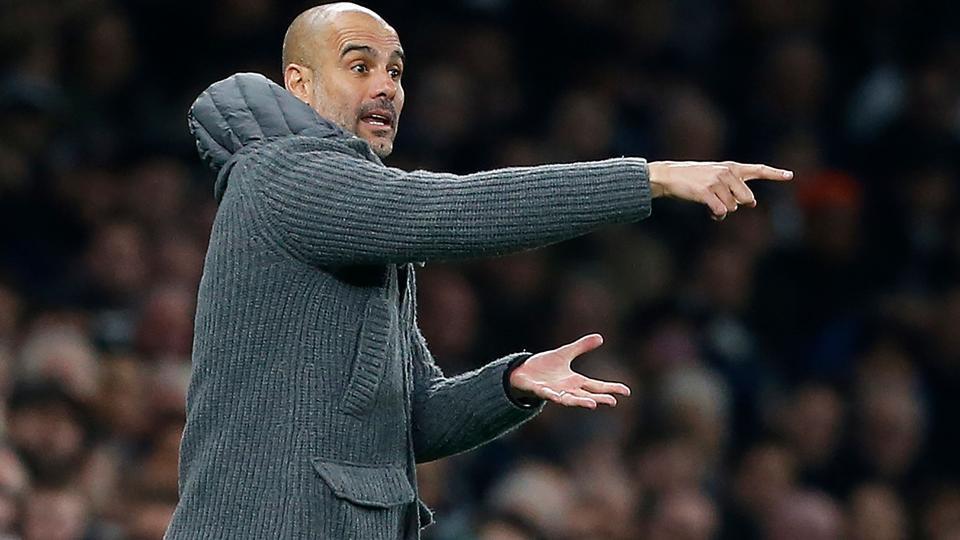 The second-leg of Quarter final is due in a days time and for the first time we’ll feel the heat of a comeback. The tables will have to be turned by Manchester City who are chasing Spurs for a goal scored courtesy of brilliance from the Asian magician, Heung-Min Son.

Now, the sky has fallen upon Guardiola to decide his best playing XI that can orchestrate dramatic Tottenham Hotspur collapse. There are certain players who are not to missed in any circumspect and few who are not available.

Keeping all factors intact, this is how our team would line-up!

For the number 1 spot, Guardiola will place his bets on Ederson Moraes as he has always done. The Brazilian, however, has never let his Boss down and I expect him to do wonders this time too with his superman saves and hulk-y punches.

We can’t depend on inexperienced replacements that we have in our bucket for such a crucial spot.

The four preferred defenders whom I will bank upon are Kyle Walker, Nicolas Otamendi, Aymeric Laporte, Benjamin Mendy. With John Stones still unavailable at centre-back position I would stand with experienced Otamendi and resilient Laporte to stop the incoming spur from Tottenham in the middle of the pitch.

In the left and right side of defence I would love to see Kyle Walker and Mendy who can chuck in few crosses too. Though, Mendy has not been a part of our playing XI owing to his injuries, the fierce and talent he possesses is short and simple reason to select him.

The absence of Kevin De Bruyne in first leg was purely evident, wasn’t it. With the Belgian available I would want Pep to give him a start, which I know he will. Alongside De Bruyne it should be Ilkay Gundogan and David Silva who are in their prime.

The quality of Silva and De Bruyne combined can hold us an edge over the visitors and if they both function simultaneously, we surely will make through to the semi-finals.

Raheem Sterling is living a life of a prince, and has already owned this season. No way in hell would I want him to be benched. The Englishman has been sublime in his dribbles and subsequently difficult to stop. His valuable assists inside the box and perfect positioning will be needed against a mean Spurs defence.

At the centre-forward position, our big game player Sergio Kun Aguero has to start. I find no reasons to put Gabriel Jesus over more experienced and functionally strong Aguero. Alongside these two will be Bernardo Silva whose inputs have proved in to be delicious, more often than not.