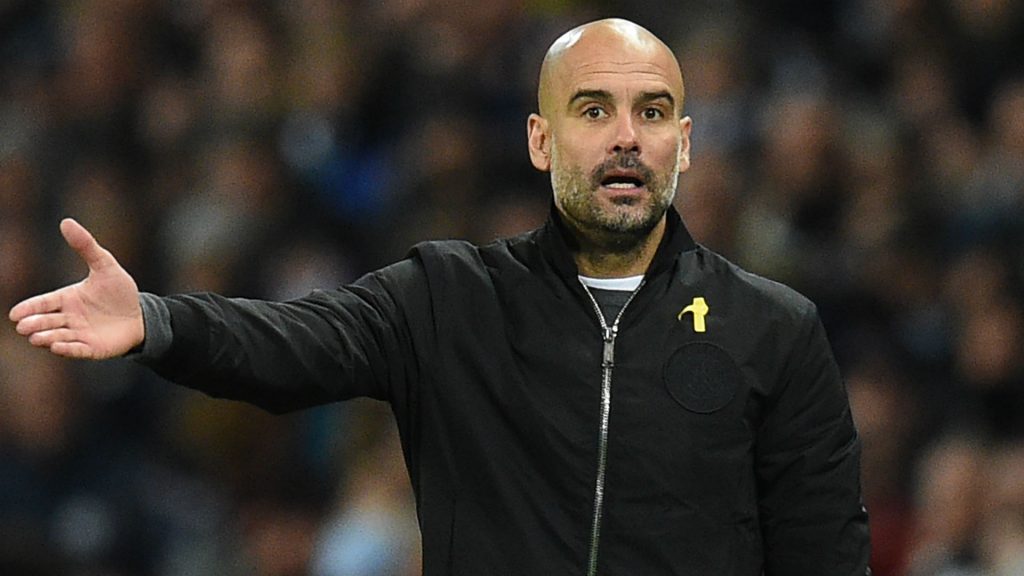 Manchester City Boss Pep Guardiola has been fined £20,000 by the Football Association (FA) after accepting a charge of breaching the FA’s kit rules by wearing a yellow ribbon on the touchline during the FA Cup defeat at Wigan.

Pep Guardiola had been wearing a yellow ribbon in support of four Catalan Political prisoners.

However, Guardiola accepted the Football Association charge and will stop wearing in English domestic games. He will continue to wear in pre and post-game conference and he is allowed to wear it during Champions League matches, because  it does not breach UEFA regulations.

READ: Riyad Mahrez: ‘Joining Manchester City is a good move for everyone’

Speaking on Tuesday, The City Boss said: “I accept the decision because I have to do but that doesn’t mean I agree or not, or they are right or not.

“I am here, I am working here, and there are rules and I accept them.

“I said from the beginning if the FA considers I shouldn’t wear the yellow ribbon I would accept it but the fact that I wear it or not doesn’t mean anything, because the yellow ribbon is always going to be there, whether you see it or not, even if I wear it in the press conference, post-match, it doesn’t matter, the situation doesn’t change, there are still people in prison in an unfair way.”