Leroy Sane has been a trump card since joining Manchester City in the summer of 2016 especially under the supervision of Guardiola. And he was once again in the center stage involving two goals in 3-2 victory at Hawthrons over West Brom. After the game, Guardiola renowned the German as ‘the special talent’ and an important member in the squad.

Speaking on the BT sport radio, he said, ” He’s a guy who has a special talent, who runs in behind. Its important for our midfield players to do that. “

“He’s still young, there are many many things he can improve.” 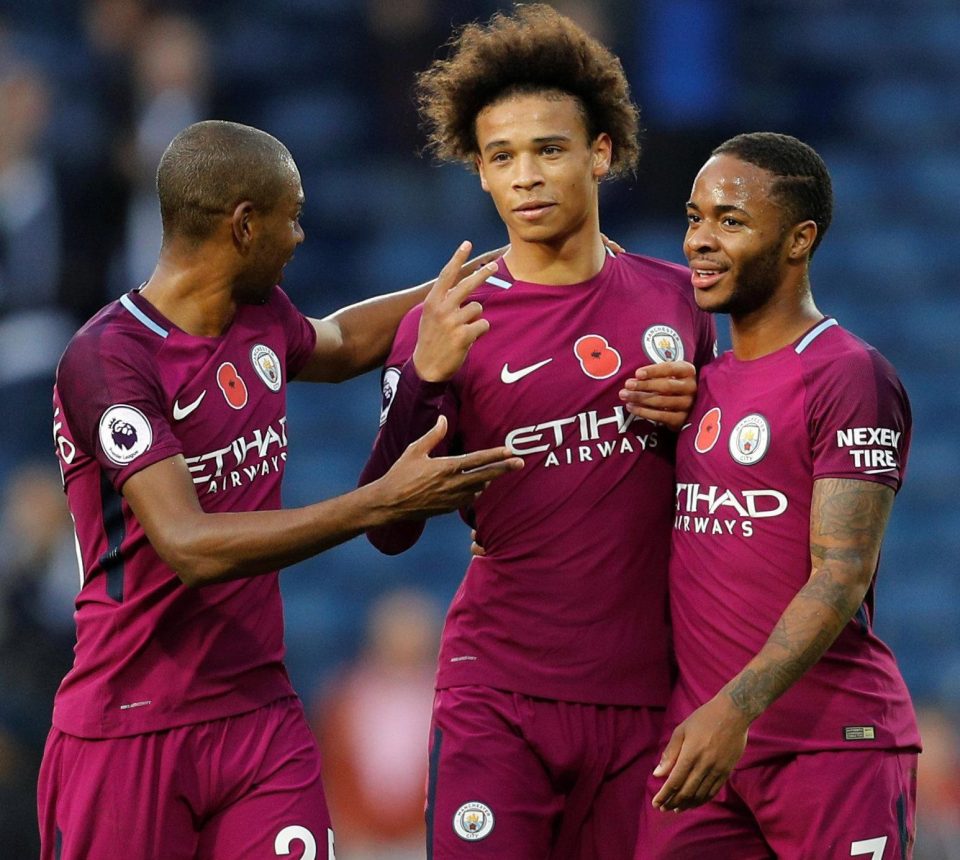 Manchester city extended their gap with United at second to five points, placing their name on the top of the chart with this victory. But when the attack glowed the bulb to its fullest, there was much redemption at the back. The two sloppy goals that they coincided through defensive errors, first by Ederson and then by Otamendi, was a little unsatisfying.

Speaking about that Guardiola remarked,” We won, that is the most important thing. We did not panic at 1-1 or 3-2 at the last minute. We had a good performance.”