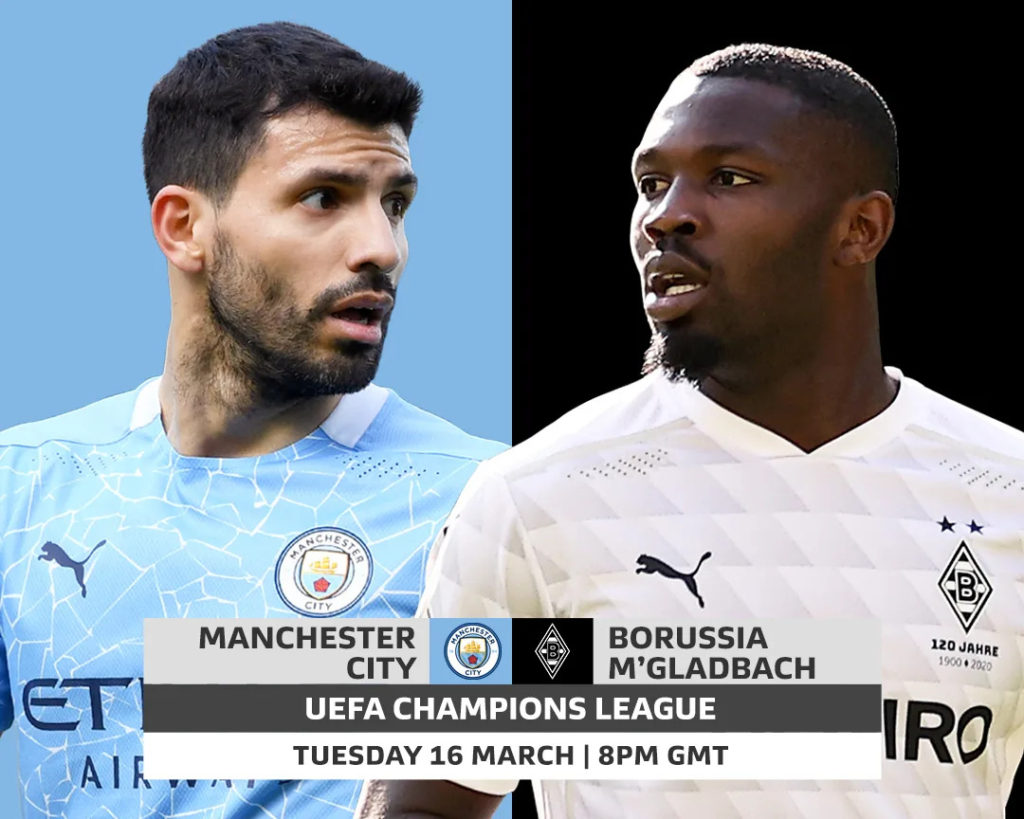 Manchester City will be seeking to book their spot in the Champions League quarter-finals when they face Borussia Monchengladbach in the second leg of their round of 16 tie. The match will take place at the Puskas Stadium in Budapest and not in Etihad Stadium, Manchester due to COVID regulations.

Man City comes into the game with a 2-0 advantage and will do everything to close out the tie.

Pep Guardiola reports that Nathan Aké will travel with the squad despite not being cleared to play yet. The rest of the side is fully fit.

Pep Guardiola is expected to rotate his squad after emphasizing the need for rotation if his side is going to compete on the domestic and European stage.

Ilkay Gündogan, Kevin De Bruyne and Raheem Sterling are all expected to start as the Cityzens seek to move a step closer to the trophy. Solid performances in key areas will be the benchmark for securing a victory in a home game, away from home.

Manchester City knows that they can hurt a reeling Gladbach side who are on a disappointing run of form that has seen them winless in eight and losing all of their last six games. Most fans know that this game is in the bag and look forward to the quarter-finals which have been unkind to the Cityzens with losses against Liverpool, Tottenham and Lyon in the last three seasons.

On the other hand, Monchengladbach forward Marcus Thuram will definitely have memories of his wonderful brace against Real Madrid in the group stages that saved his side. He will hope for similar joy at the Puskas Arena in Budapest to help his team shock the runaway English Premier League leaders. With 13 goals in 35 games this season, Lars Stindl can also provide a goal threat.

Die Fohlen has scored 16 goals in this year’s competition, one ahead of Tuesday night’s opponents. The club’s recent free-fall looks to have dented their chances of qualifying for Europe next season and giving Marco Rose a befitting farewell as he swaps the Gladbach dugout for the Dortmund one. Rose will hope to use this game as a revival of fortunes and shock the Cityzens.